So, I feel like I talk too much about my obsession with the MCU, but I promise those aren’t the only things I watch. I’ve briefly mentioned that I love Supernatural and Criminal Minds as well. But, as pointed out by the title, that’s not what this post will be about. This is a small list of movies that I’ve watched for years and more recent ones. If I continue this, it won’t exactly be like what I planned for the MCU movies/shows where I change the original, I’ll just add more to it.

Anyways, this is five of my favorite movies, and no these aren’t in any particular order this time. If I had spent the time needed to decide which movie I like more than the other, I wouldn’t be able to meet the Wednesday deadline. Anyways, hope you enjoy:) 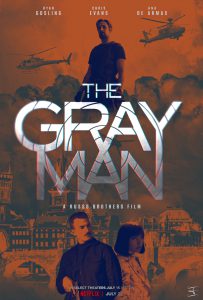 I absolutely loved this movie. It stars Ryan Gosling and his character, Sierra Six(I’ll get into why such a strange name in a little bit), basically is part of this elite group working for the CIA and after being sent on a job, Six finds out his boss is dirty and gets a hold of drive that has all that info on it. When his boss finds out Six is trying to expose him, he sends Lloyd Hanson(Chris Evans) to do whatever means necessary to stop him. Now, keep in mind, Lloyd is a sociopath and kidnaps Donald Fitzroy, the person the initially recruited Six, and Fitzroy’s niece, Claire, who has a heart condition, which that detail becomes very important throughout the movie. So, with help, Six has to go on a rescue mission and expose his boss at the same time. Claire has a traceable pacemaker and that allows Six to find them. Yes, it does have an ending that is sad and happy at the same time. I enjoyed that they had Chris Evans play the role of like a sociopathic killer because I don’t normally see him playing any sort of bad guy and, personally, I think he did a really good job at that role. 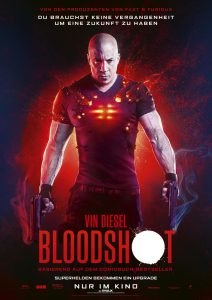 This was really good, too. Starring Vin Diesel, the main character Ray Garrison is introduced as a Marine and goes through a very traumatic experience that involved losing his wife, and eventually his “death”. But he wakes up and meets a CEO of a company called RST that basically designed next-level prosthetics for wounded military vets. For Ray, that was “nanites” in his blood that allowed him to heal instantly. Kinda like the Wolverine but no claws.  What becomes important in the movie is that the nanites needed to be recharged otherwise he loses that healing ability. Ray seeks revenge on the person who killed his wife and later when the nanites are charging, the movie reveals that the CEO actually uses technology to put false memories and realities in his head to make him believe that his wife was killed in order to use him to take out former RST workers. This was a cycle that was repeated many times before what was shown in the film. They do this one last time before Ray finally catches on to what was really going on and he gains the help of a hacker introduced as Wilfred Wigans and another military vet, KT who was “helped” by RST. Side note: KT suffered an accident that involved toxic chemicals and she was given a device that not only allowed her to breathe properly but be immune to any and all known toxins. Anyways, they’re all able to put an end to RST because all it really was, was a crazy rich dude who was using injured vets to do his dirty work. It was a really interesting movie to watch because it seemed like it was set in the future but the setting was the year it came out (2020).

The Ghost and the Darkness 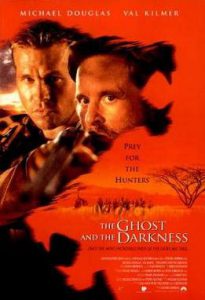 Yes, this is an older movie, but it’s still really good in my opinion. I’m not gonna lie, when I was little, this movie used to terrify me. Kinda ironic that I’m putting it on this list, lol. The movie is actually based on a true story that takes place in Tsavo, Africa during the late 1890s. The main character John Patterson, played by Val Kilmer, is hired to build a bridge in Tsavo. During the construction, two male lions relentlessly attack and kill the workers. It gets bad to the point they have to hire a worldwide professional hunter Charles Remington, played by Michael Douglas. Sadly, Remington is also attacked and killed, but Patterson was eventually able to hunt down the lions. The ending is overall happy, his wife had their son back at their home in London and he was able to see him for the first time. Some fun facts about the true story behind the movie: the lions that were attacking were actually maneless male lions and, according to a research team, it was because lions from that region deliberately delay mane growth as a way of coping with the harsh temperatures(imagine it being that hot and having to spend 9 months there building a bridge). They were also abnormally large for lions, average lions are 6-6.8 feet while the ghost and the darkness lions were roughly 9.7 feet(2.95 meters). The bodies of the lions are currently on display in the Field Museum in Chicago.

NOT  the live action version! I’m sorry, it’s a good movie for those who haven’t already seen the original, but for those who have(including me) it was ruined. I don’t feel the need to get into details about this because I’m almost 100% positive that at one point or another, everyone has seen this movie at least once. Yes, I am a Disney nut as well so this needed to be on the list. This was a huge part of my childhood. All the songs were good, don’t ask me which one I liked best because I will spend at least an hour trying to decide if it would be Be Prepared or Hakuna Matata. So, seriously, don’t ask. One of my favorite lines is when Scar says “I’m surrounded by idiots” because I use it all the time because yes, I for some reason surround myself with idiots on a daily basis. I guess you just are who you hang out with, lol.

ignore the fuzziness of the video, lol.

The Day After Tomorrow 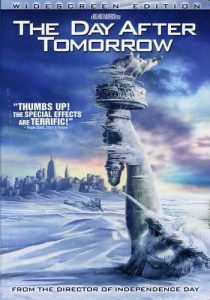 This was also a really good movie that’s basically about an ice age in today’s time, as hinted by the movie poster. Climatologist Jack Hall (Dennis Quaid) predicts a major climate shift throughout the northern hemisphere because of a change in the North Atlantic Current and this leads to a very dangerous series of severe weather all across the world. Hurricanes, typhoons, tornados, you name it, all of it is happening at the same time and some storms in the movie are the biggest to be recorded. Jack Hall’s son, Sam, is currently on a trip in New York during the time of the movie and this is important because later, a series of hurricane-like supercell snowstorms hit the northern hemisphere with temperatures so low, people have frozen to death instantly. When these storms start hitting New York, Jack goes with a team to rescue his son and all the other students on the trip who got snowed in. A major problem in the movie is that Jack is ignored by the United Nations and the vice president so there was no international call for large-scale evacuations. At the end of the movie, Jack’s team saved who they could and other rescue helicopters were sent to find all the survivors. From then on, the world had to learn to adapt to the new ice age.

Anyways, that is all for this week’s list, I apologize if I got into too much detail for some and it got too boring. See you next week:)