Animation has evolved a lot over time. Studios now have the chance to hand draw frame by frame, or digitally animate. Animation softwares are easily accessible to anyone who wants to give it a try.

A young animator created the series “Nyan Neko Sugar Girls,” which was released in 2010. It was posted to YouTube, and became known as an American anime, despite the fact that a studio never published it, and that it was animated in Microsoft paint.

The story follows the adventures of Raku, who is a teen cat girl, or neko. It is a slice of life show with a magical girl twist. There is nothing that stands out story-wise, as it follows the generic anime episode list. Beach episode, holiday special, ect… the characters are also quite simplistic.

The thing that really sets this anime apart from the rest, is its art style. 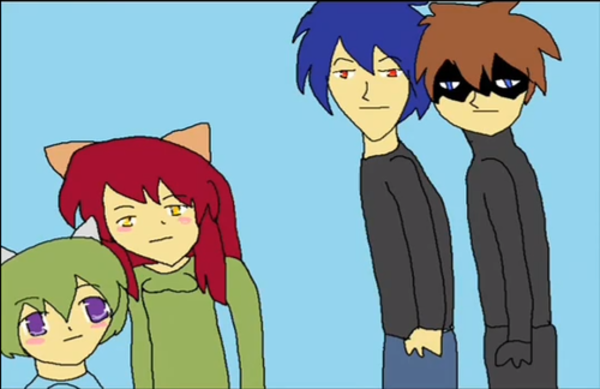 The style in which it is drawn is one of its most recognizable characteristics. while the animation can be genuinely good at times, the art style is, in my opinion, absolutely horrible.

While I will try to keep this as unbiased as possible, here’s a judging and review for Nyan Neko Sugar Girls.

Raku- fan service. Shes the main character, and there’s way too much fan service. her voice is high pitched, and there’s parts of the show where she screams for a minute straight. always getting hurt. not very well rounded.

Koneko- Koneko is the basic supporting character. she keeps a soft voice, and doesn’t really get much character development. While she is kind and helpful by taking care of her friends, i cant help but question her actions. if my friend were dying, i would not bring them on a roller coaster. but hey, you do you, Konek0.

Hitoshi-  This character had a genuine plot twist. maybe the only plot twist in the show. though he was shown as Raku’s love interest, he ends up getting with the kidnapper. that’s not very sugoi, nya.

Kidnapper- I don’t even know what to say about this one. nearly every time he’s shown, backstreet boys music is playing.

Nurse- While the nurse is not shown for long, she is a consistent and reoccurring character. She is initially shown as fan service, but eventually becomes a real, interesting character. Her later shown outfits are the most well designed and complex in the series. However, her overwhelming voice can become difficult to listen to at times. it is extremely bass boosted, but with intention. when she talks without being bass-boosted, a fellow character would say “sorry, what did you say?” making her go back to talking in her original bass boosted voice. 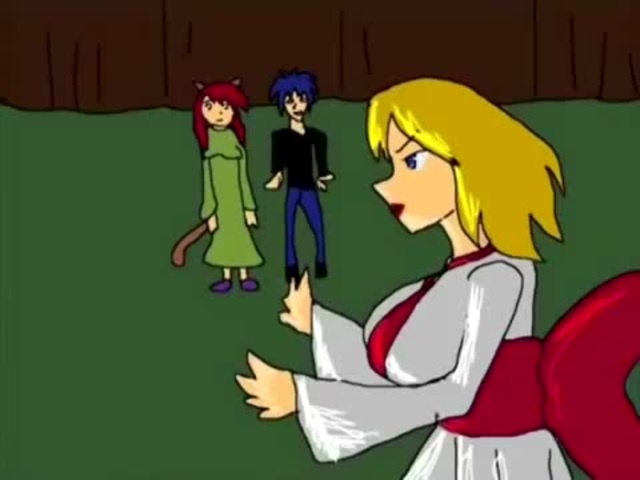 The story is generic, yet somehow original. It’s one of those things that is so bad that it’s good. There’s somewhat of a plot, a subplot, and all kinds of things. However, it can get hard to keep up with by the last few episodes. every possible archetype that a show can have, this show has.

I have a vague idea of what the intentional plot was, though I cannot say I am 100% accurate. A super cute cat girl goes through a series of events trying to get the guy she likes to notice her. He doesn’t like her back and things go downhill.

Little to no effort was put into the animation. The frames are wonky, and the art style can exaggerate things. The only animation where true effort was put in can be found in the very last episode when Raku has another dramatic death.

The voice actors themselves are, all things considered, decent. The voices are noticeably fake, as they struggle to keep a consistent voice for their character. The quality of the microphones is less than average. Koneko’s microphone is extremely quiet, but the Nurse’s microphone could be heard from your neighbors house even with the lowest volume setting on your watching device. This can cause issues when the two are in a scene together. However, I still think all the characters have the right voice, and I can’t see anyone else voicing them.

While I would rate this a 3 out of 10, I think its something everyone should watch at some point. Personally, I would watch it again. Not because its good, but rather because i’m in pure shock that it even exists.  Every meme loving teen would enjoy it.

One thought on “Nyan Neko Sugar Girls: An American Classic”