hiiii. i like movies. i haven’t really talked about many films i enjoy, so i’m going to do that now. these are not in any particular order. but do let me know if you also enjoy any of these great films:) here we go !!

eternal sunshine of the spotless mind 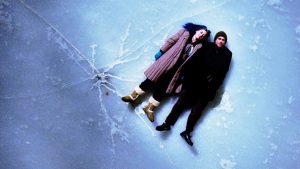 this movie plays inside my head at all times. never have i watched this movie without crying, and it isn’t even necessarily that sad. but i’d have to say this is my favorite movie of all time, without a doubt. the cinematography is so perfect and recognizable, that I could remember some scenes 10 years after first seeing the movie. (yes, I remembered many scenes after a ten year gap) it tells a beautiful and heartbreaking story about two people desperately trying to hold onto their memories together as they are being erased. they are together inside each others heads trying to stop everything they ever were and will be from being erased. overall, truly a 10/10 film. 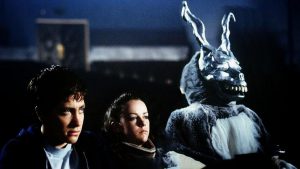 i had a weird relationship with this movie when i first watched it. i genuinely disliked it, i didn’t understand it, and i thought it was a little cliche. but then it ended, and i realized it was perfect. i truly didn’t realize how good the movie was until it actually ended, because every question is answered by the ending. and yet, i still have to watch it over and over to figure out what exactly is happening. new questions are posed every single time i watch it. it’s about a teenage boy who gets instructions for the future from a man in a rabbit suit named frank. i know, makes sense right? i overall, genuinely love this movie and even more so i love watching it with the people i love. 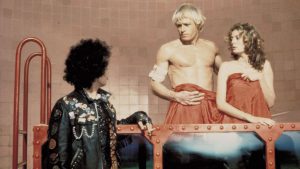 i have loved this movie since i was 13, and i don’t think i’ll ever stop loving it. i watch it every single year, multiple times. i first watched it with my mother when i was fairly young, and ever since then i continue to watch it and introduce it to people. it’s about a newly engaged couple stumbling upon a mansion after their car broke down. what happens after that is, i don’t know man, it’s a lot. it’s a movie where if you don’t get it, you don’t get it. and i don’t mean understand the plot, because quite literally no one does. (i do though, stay safe ya’ll) but if you appreciate it, you really do, if you don’t, you really don’t. easily a classic in my eyes. 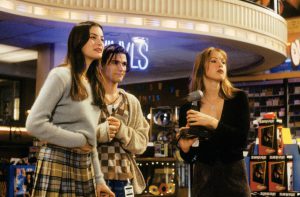 i absolutely love this movie. this is probably my other favorite movie of all time. it’s easy to guess why. it’s set in a record store run by teenagers in the 90s, and the entire movie takes place throughout the course of a single day.  many different things happen. there is rejection, romance, hatred, death (almost), sadness, happiness, weirdness, and music music music. it’s genuinely just an enjoyable film. it doesn’t take much to understand, it’s just fun. i watch it whenever i need to feel homey or just anything at all. and of course, it has great songs in it !! 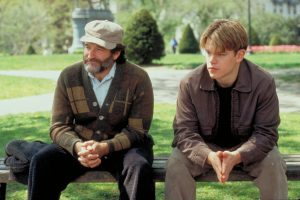 oh my god. i have so much to say about this one, but i’m going to keep it brief. basically, a huge reason why i love this film is because elliott smith is featured heavily in the soundtrack. and by that i mean, every song played with maybe one or two exceptions are elliott smith songs. (and you know how i feel about him) this movie is about a young man who is insanely intelligent but refuses to  put it to use. he works at MIT as a janitor and finds a blackboard with a problem no one can solve on it. he answers it and professors are dying to find out who solved it. when they finally do, they attempt to get his help on other problems that are previously unsolved. during this, he is also put in therapy as he refuses to use his intelligence for anything and has a hard disposition. his therapist breaks down this wall and helps him get a serious job. it’s such a beautiful film, and of course elliott’s music being in it only makes it a hundred times better.

i love the hannibal series. i’ve read almost every book, seen every movie, and i’ve seen every episode of the show. red dragon is my favorite book and movie out of the entire franchise. i love its premise and i especially love the gore in this movie. its even my favorite point in the show when they reach the red dragon plot. in this movie, hannibal is locked up but a series of brutal and gruesome murders have been happening. will graham is sent to investigate it, and they soon find out who the killer is and his strange motives. this is such a good thriller and a even better horror film. if you love gore, watch this !! 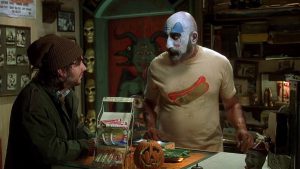 this is my favorite horror movie of all time. its made by rob zombie, who is one of my favorite musicians<3 i love watching this movie every single year. its gore-y, sad, and terrifying. the thing is, in this series of horror movies, you root for the villians. maybe not so much in this movie, but in the next two, you only hope they can get away with it all. and there’s no reason why either. they don’t do anything to redeem themselves, they’ve just such loveable characters. you almost feel really bad for loving them so much, but that’s exactly what rob zombie wants you to do. totally going to watch this tonight now that i’ve been talking about it. such a good film !!

this was kind of a long one, and i almost want to keep going, but im going to stop myself. anyways, thanks for reading !!:)<3

4 thoughts on “some of my favorite movies !!”