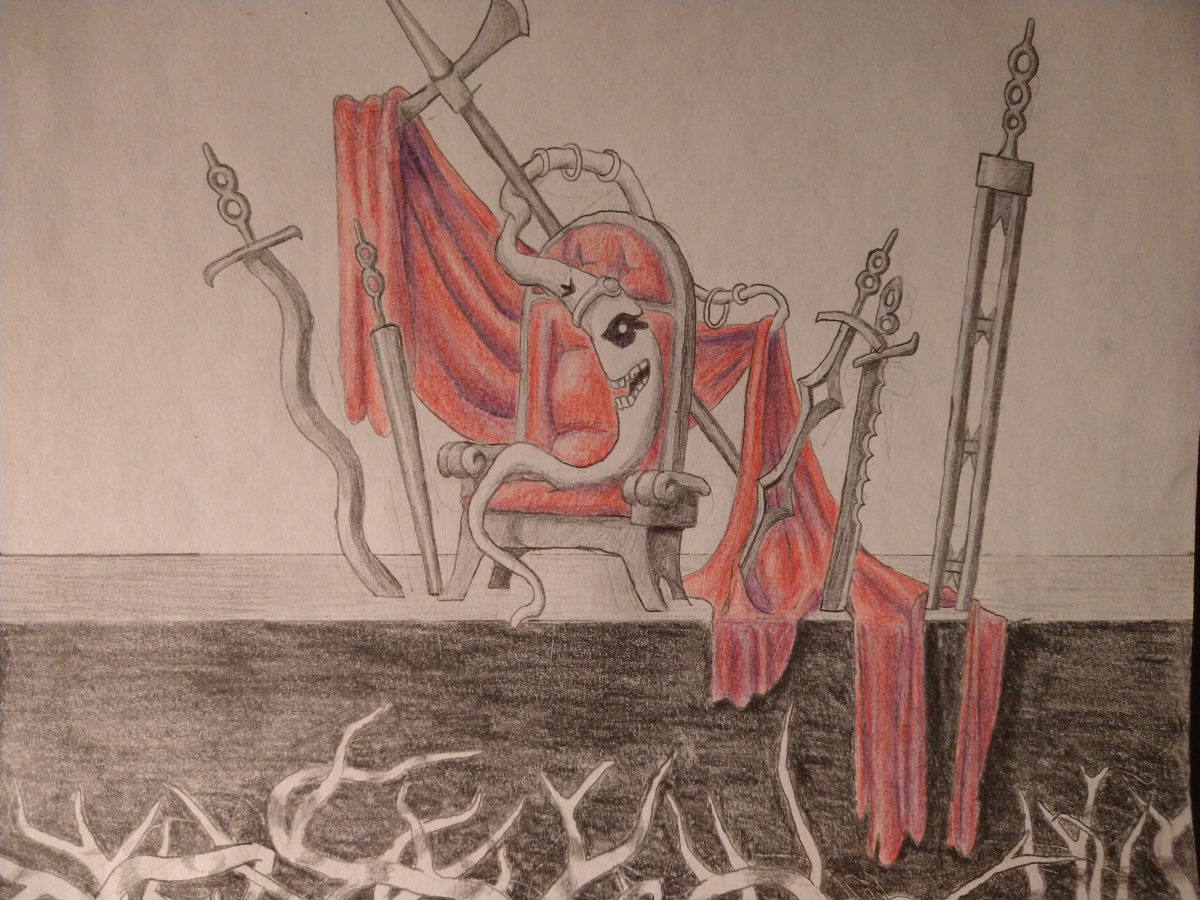 Arguably one of the most influential figures to come from Birlev society is Worm the Barkless. Worm was found as a child in the forests of south Banya, battered, deformed, and alone with no heritage brands to identify their parents. they were taken in by an Ebony tribe, who found that despite only having one arm Worm was extremely mentally and magically gifted. As Worm grew and matured they climbed the ranks of Birlev hierarchy and would change it forever. Working their way from a serf, to a soldier, to a general, and through a logistical loop hole eventually became the ruler of Banya.

From there Worm wore every cultural taboo on their shoulder like medals of honor. For one, occupations were commonly decided by the amount of stripes on a Berliv. Many stripes meant they were fit for high society, kings, clergy, generals, and so on. the fewer stripes you had, the lower your rank would be, so Worm not having any stripes of their own essentially doomed them to obscurity. But of course, they were not content to have their life ruined by the whims of fate.

There was also a silver lining to worms natural born condition. Most would consider only having one arm to be a hinderance, but it gave Worm a surprising advantage. Worm could not afford to dedicate an arm to have a weapon permanently welded onto it, as was common tradition at the time. so they instead utilized grips, giving them an unparalleled adaptable edge against any traditionalist.

After the great war of 5782 and Worm crowned themselves as ruler of the known Birlev world they bore two children, Sashi, and Vasteler. Since Worm was found as an orphan, and had no heritage brand they made their own, But it was not the common lateral design of traditional heritage brands. instead it was a simple black maple leaf etched above their eye.

Worms final taboo they executed was arguably one they did not do willingly. As with most cultures there is a sacred bond between parent and child, and Birlev are no different in this aspect. So, for Birlev the act of a parent killing their child or vice versa borders on heresy. With this in mind when Worm and Vasteler took apposing sides in the 5811 rebellion they both knew one of them was going to commit a great sin. This came to a head when Worm publicly challenged Vasteler to a duel in order to end the conflict. Whether this was a genuine attempt to regain power over the rebelling forces or a ploy to smoothly pass down the crown to Vasteler, the outcome was the same. Vasteler slew Worm and usurped the throne.

Since then the federation Worm formed has stood the test of time for thousands of years. Whether they were good, bad, brutal, or gentle, their impact on the world, and surrounding worlds is undeniable.