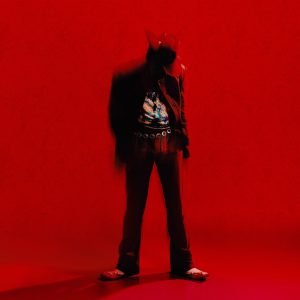 This long-anticipated album has been on repeat for about three weeks now.  It has so many elements within the album that blends so well together while also giving an insight into this artist as well as this artist’s struggles. It is such a wonderful complimentary album to MITO (Mood Swings In This Order) which was released a year before on March 12, 2021. It explores Ian’s journey of living with bipolar disorder and how he uses music to tell the story of how it has affected him. From beautiful ballads to upbeat bedroom pop, this album has really captured the essence of connection through music.

The previous album MITO 1, was mainly about MIITO a character curated from Ian’s own personal chaos. It builds an alternate universe that has somewhat the same characteristics as the biblical story between God and Satan. I really like how he tied it to his own experiences and gave us such rich, beautiful, and dark songs. Although you don’t have to listen to or watch the videos from MITO 1 to understand MITO 2, I highly recommend that you do simply because of how other-worldly the cinematography and music are. While MITO 1 talks about the relationship between MIITO and his creator, MITO 2 gives us the origins of MIITO and why he is the way that he is while also tying it to Ian’s disorder. Without further ado here is MITO.

As I’ve said before this album has strong but subtle biblical tones and the first song really displays that. The song opens with an orchestra, something that helps to highlight the tone, and honestly, I was not expecting it. I’ve known Ian to sort of have these instrumentals in his song before, but it feels different. Both dark and heavenly like how people view the Seraph. A Seraph is an angelic being, regarded in traditional Christian angelology as belonging to the highest order of the ninefold celestial hierarchy, associated with light, ardor, and purity. It is a being that can be perceived as narcissistic, impure, or judgmental. Or at least that is what I got from the rest of the album. But I’m getting ahead of myself. This song describes MIITO’s fall from grace as something that is solemn and heart-wrenching. To compare it to the story of Lucifer, MIITO describes the fall as if he does not want to leave “heaven”, whereas on most accounts Lucifer does. Also, he says maybe three times “I feel myself changing” and I believe that he is being stripped of his celestial invulnerability and becoming human and subjected to the behaviors of man, bipolar disorder. I thought it was very interesting to see the parallel between the two.

I’m going to skip ahead to (what I believe) is one of the best songs on the album. It has more of a modern techno feel to it. There is a balanced amount of auto-tune and electrical SFX that heavily accent this feeling. I especially like the reference to King Arthur with the title and the parallels of this sort of technology utopia the song gives. For context, Avalon is a paradise to which Arthur is carried after his death. I think this song is about distraction and wanting some sort of relief.  Because of the repetition of dance floor and parties I get the feeling of losing yourself and forgetting your issues with these big distractions as it gives the illusion of Avalon. Take me to your Avalon is said five times in the song and not to mention the amount that was stated in the adlibs. It is sort of a mantra meant to put you in a trance to make you believe that at this moment you’re happy. So really MIITO just wants relief from not only his disorder but the mix of emotions that he now has to face after leaving his creator, and in his way of coping, the only way to do that is to basically hypnotize himself.

So this is the last song on the album which is the best song, there is no debate. I think in this song there is a mixture of DPR IAN and MIITO as this had a more direct approach to bipolar disorder. Throughout the album, we see these metaphors and story-telling of what it’s like or how to deal with the disorder, but the outro song flat out tells you what it’s truly like. It seems all over the place with the switching of pitches and the placement of adlibs, but it still seems cohesive. I think what really brought out the theme of chaos was the switching of adlibs in your earphones. One part is completely in the left ear, then the next one is in your right ear. I especially like when artist incorporates these things in their work because it shows you how much detail and work was put into this. It feels like mania it feels like chaos, it feels tiring, draining, beautiful, and bright. I really love to see the different layers in the album all compiled into one song. Definitely an album of the year for me.

hiii my name is jordan or janae if you perfer I love all types of music except country my favorite writing form is poetry, specifically spoken word I write about nature and social issues. Support BIPOC Writers!!! View all posts by Jordan Brown