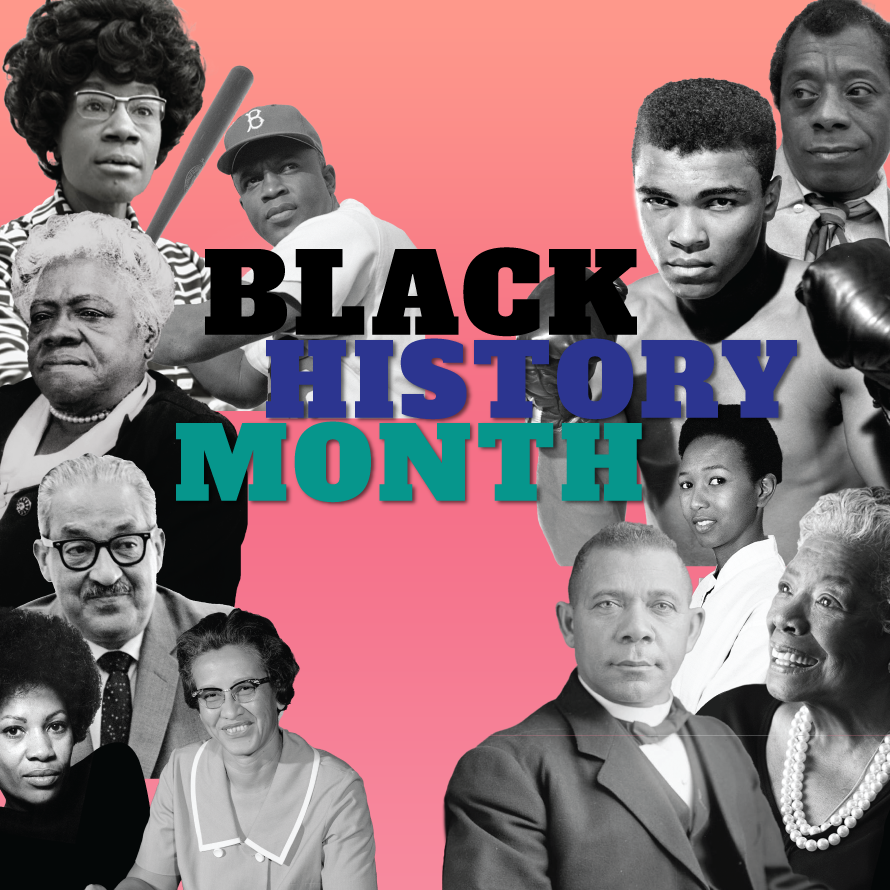 Black History Month is from February 1st- February 28/29th, but you probably already knew this—many people do. However, what people don’t know is how this month came to be and why we celebrate black history, which is what inspired me to write this blog.

In 1926, Carter G. Woodson and the Association for the Study of Negro Life and History created “Negro History Week” as way to recognize and celebrate the progress of African-Americans. The event was set to be the 2nd week in February because it coincided with both, President Lincoln and Frederick Douglass’ birthdays, and their birthdays had already held significance in the black community since the 19th century.

Woodson created the week because he believed that black history was important, especially at a time when no one else was recording it. This resulted in The Journal of Negro History , which was one of the first texts that contained the history of African-Americans. After the ten year journey writing the book, Woodson said,

“If a race has no history, it has no worthwhile tradition, it becomes a negligible factor in the thought of the world, and it stands in danger of being exterminated. The American Indian left no continuous record. He did not appreciate the value of tradition; and where is he today? The Hebrew keenly appreciated the value of tradition, as is attested by the Bible itself. In spite of worldwide persecution, therefore, he is a great factor in our civilization.”

The release of the book caused a surge in popularity of Negro History Week for many decades, and mayors all over the U.S. declared it a holiday.

Because of Woodson’s work and dedication to the teaching of black history, at a time when it wasn’t even acknowledged, he was deemed the “Father of African-American History”. His early efforts have resulted in the Black History Month we know today.

In February 1969, students and teachers at Kent State University proposed that Negro History Week be an entire month. The following year, Black History Month was born and celebrated annually at Kent State.

Just 6 years after Kent State’s first celebration, colleges and schools across the country were celebrating the month of black of history. Even President Gerald Ford was in support of the month, encouraging people to “seize the opportunity to honor the too-often neglected accomplishments of Black Americans in every area of endeavor throughout our history” at the U.S. Bicentennial.

Freeman says that Black History Month is ridiculous and that “Black history is American history,” but he’s not the only celebrity who believes in this.

In 2016, ten years after Freeman’s interview, Clueless star, Stacey Dash, tweeted, “Either we want to have segregation or integration. And if we don’t want segregation, then we need to get rid of channels like BET and the BET Awards and the Image Awards, where you’re only awarded if you’re black. If it were the other way around, we would be up in arms. It’s a double standard.”

Why Do We Still Need Black History Month?

Do you think that Black History Month shouldn’t exist, like Freeman and Dash? NowThis News says, “No, we need it [Black History Month] for the same we needed it in 2019 and every year before that… In US news and current events today, in 2020, Black History Month is important more than ever. In short: America has a loonnng way to go for equality, black rights, and eradicating racism. ” In the video, the news outlet asks people why they think we still need Black History Month; here’s what they had to say:

Why Isn’t There White History Month?

One of the many disputes about Black History Month is the fact that there’s not history months dedicated to other races and nationalities. However, this is just a misconception. There are months dedicated to commemorating different races, nationalities, gender, and sexuality. Besides, you have to think about why Woodson created “Negro History Week” in the first place: people weren’t acknowledging the history of black people.

Similarly, the same argument applies to that of the dispute of W0men’s History Month. At some point in time, change occurred as a result of strides made by phenomenal women, so we celebrate their efforts and progress in that month. It’s not to say that men aren’t great, but that men didn’t have to overcome the same obstacles as women, and the same applies for why we don’t have a white history month. As stated in the video, “Even though words like “black” and “white” seem the same, they function quite differently. ” So, it isn’t actually as black and white as it may seem.

The Importance of Black History Month

According to a blog by the National Museum of African-American History and Culture,

“Carter G. Woodson’s vision for black history as a means of transformation and change is still quite relevant and quite useful. African American history month is still a beacon of change and hope that is still surely needed in this world. The chains of slavery are gone—but we are all not yet free. The great diversity within the black community needs the glue of the African American past to remind us of not just how far we have traveled but lo, how far there is to go.”

3 thoughts on “BHM: Why Do We Celebrate Black History Month”