Hello, I have returned, and I hope that everyone had a very good Thanksgiving:)

So, as you know, I love to read and my genre of choice is generally murder mystery/thriller. Nothing new that I’m sharing so far, moving on. Normally, when I get done reading a book, and don’t read it a second time like I would re-watch a favorite movie/show. But while on Thanksgiving break and I was starting to pack my stuff to come back, I noticed all the books on my shelf and I thought I’d bring myself to re-read them. One reason for that is, while some books took me weeks to finish reading, others took me two days tops. I remember those quick reads being good books but I didn’t allow myself to soak in memorable character traits or scenes or quotes and I only ever remember the character names and general plot. So while re-reading the books I’m about to list, I might even annotate them a little bit. I’ve noticed some people simply buy a second copy of a book they read to annotate, but I’m broke so I’ll stick to the one copy. Simply highlighting or underlining quotes or changes in character that lead to development might help me to enjoy the book more and it may even help with my writing. Going back and finding what makes a particular book memorable may help me achieve that in my writing.

Anyways, now that I’ve said all that, these are some of the books that I’ll re-read once I’ve finished the one I’m currently reading(The Cruel Prince by Holly Black) I hope you enjoy:) 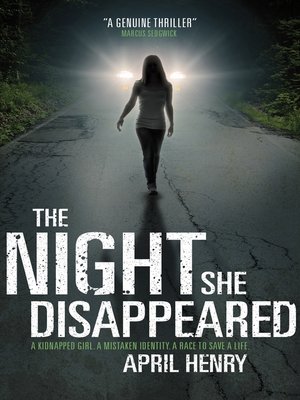 This book was published in 2012 and is currently the oldest one of April Henry’s books that I own. I will re-read these in order by the year each was published starting with this one. Anyways, this is not the oldest of her books that I have read, I have read Girl, Stolen(2010) but unfortunately I don’t actually have that book. The Night She Disappeared starts with a girl named Kayla who works at Pete’s Pizza, and one night, she’s delivering an order and she gets kidnapped but the kidnapper had meant to take the main character Gabie who also works at Pete’s Pizza. When Gabie finds out that she was the one the kidnapper wanted, she became obsessed with finding Kayla with the help of Drew, who also works at Pete’s.

I put these two together because they are a series that is about three high school students who are a part of the Search and Rescue team and each character have very different backgrounds. These three students are Nick, Ruby, and Alexis and one day, in the first book of the series, what was supposed to be a normal search turned very strange when one of the characters found a body(I can’t exactly remember who found the body) that wasn’t a part of their search. This was like the third or fourth body found killed the same way, but the police won’t rule it as a possible serial killer because their physical looks are nothing alike and serial killers typically have a type. Ruby, who wants to pursue a career in criminal justice, discovers that the killer is collecting different types of hair and that’s why each one was very distinct. There’s a catch though: she has red hair, what the killer hasn’t collected yet. She becomes a potential victim. In the second book, it’s another murder but this time, the clues lead the detectives to wrongfully accuse Nick for being the killer and that results with it being left to Rubie and Alexis to find the actual murderer before the cops officially close the case. Along the way, Nick also learns more about what happened to his dad and that he is not at all what his mother let him believe he is. When previously thought as a war hero who died in battle, his dad was the whole reason Nick wanted to join the Army, but when learning the truth, his dad who was put in prison tries to discourage him from doing so. Alexis also has a lot to deal with at home with her mother was diagnosed as bipolar.

First off, let me say that I really wish the book that I have had this cover because I love it. Anyways, the girl on the cover is supposes to depict Tori, the former best friend of the main character, Adele. Tori was murdered and Adele has the ability to see ghosts. Since she was a little kid, she’s been labeled as a schizophrenic and denied her gift until it was needed to help find Tori’s killer before she becomes the next victim. 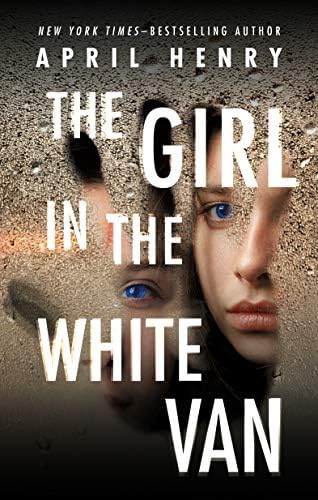 Yes, it is indeed exactly how it sounds. A girl named Savannah gets kidnapped and taken in a white van. When the kidnapper takes her to an RV, she discovers another girl, Jenny, who had been taken around 10 months prior and she had been brutally attacked by the kidnapper’s dog. Luckily for Savannah, she had been taking a lot of martial arts classes so she’s able to fight. Jenny was a cross country athlete before she had been taken. So the two of them work to together to escape before they meet an even worse fate.

Okay, it’s a long list of books to re-read, so I’ll name one more book of April Henry and next week I’ll post about re-reads by a different author. You can probably guess who the other author is. Anyways, moving on. 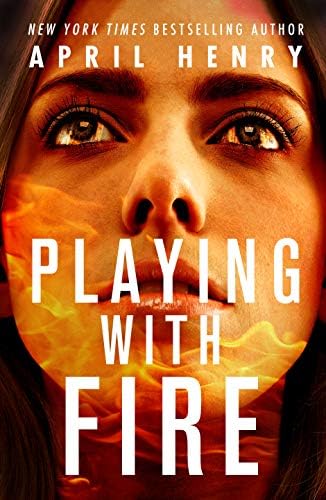 Now, this one isn’t really a murder mystery but the main thing going on is caused by someone trying to cover up their tracks after committing a crime. Natalia, the main character, is trapped in a huge forest fire with a group of other people who must find their way out before it’s too late. But for Natalia, it means facing her biggest fear since the death of her little brother due to a house fire.

Though I gave a good but brief description of each book, there are important details I’m missing because some of these, especially the last two, took a really short time for me to finish. So you could say I didn’t really “savor” the books.

Anyways, I’ll continue the list next post but that’s all I have for now. See you next week:)