Melanie Martinez is one of my favorite musical artists. She has been recognized for her unique style and overall aesthetic which she also incorporates into her music. She was a contestant on The Voice, but she did not end up winning the show. Despite this she has been able to have an extremely successful music career, and has made her own movie named K-12 which featured her album, and also brought attention to numerous social issues. Her first album was named Crybaby and it made its debut on August,14th 2015. Crybaby is by far my favorite album of Melanie’s. All this being said, here are my top 5 Melanie Martinez songs. 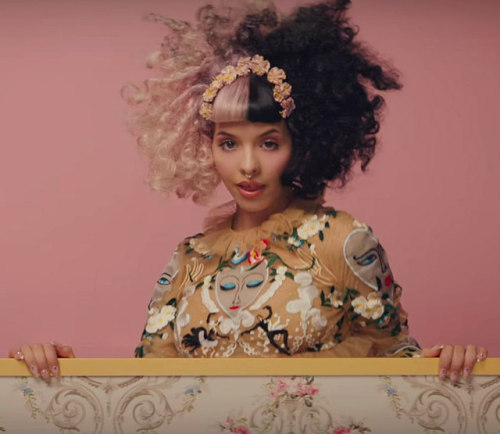 This was the first Melanie Martinez song that I ever listened to!!!

One common theme that can be seen through out all of Melanie’s is her capability to write about dark subject matters. When you listen to her music sometimes its straight to the point and other times it can take a bit of analyzing. Her dark lyrics contrast to her aesthetic, which is something that definitely makes her stand out as an artist. She is currently working on producing another movie, which I am very excited for. If you take the time to look through all of Melanie’s work, I’m sure that it won’t take you long to become a fan… if you aren’t already.