This post is a continuation of a previous blog I’ve written a few weeks ago, which you can read here! So, if you haven’t read part one already, I’d highly recommend doing that before carrying on. Anyway, I’m going to start exactly where we left off! 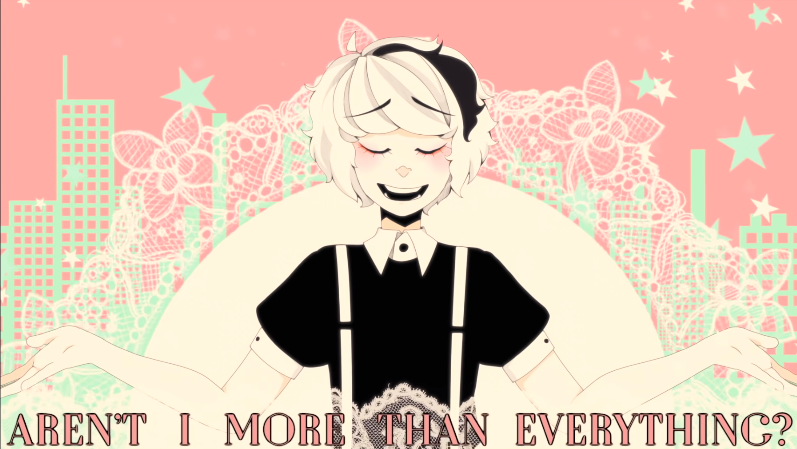 “Whether I’ve been caramelized or rotten to the core
Which one should I be?
‘Cus I dunno who I’m supposed to be anymore
And it’s sickening!”

Since Flower has tried to conform to so many people and groups, she’s forgotten who she was before her obsession. She doesn’t remember who she was or her original personality, and it’s beginning to make her sick.

Again, the video switches to a darker tone as Flower starts falling into a void. She falls in front of a graphic that resembles a dessert plate and a fork and knife cross behind her.

“I’ll overeat the implications of your thoughts
Just to make you happy
Nonetheless, I feel my insides are tied in knots
Aren’t I more than everything?”

This line refers to how Flower overanalyzes every potential thought and comment made about her and is overwhelmed by the amount of “requirements” she has to meet for others. She can’t handle it, but she also can’t stop. She can’t understand why she hasn’t become what everyone wants yet, and at this point she feels like her suffering should have even surpassed that. 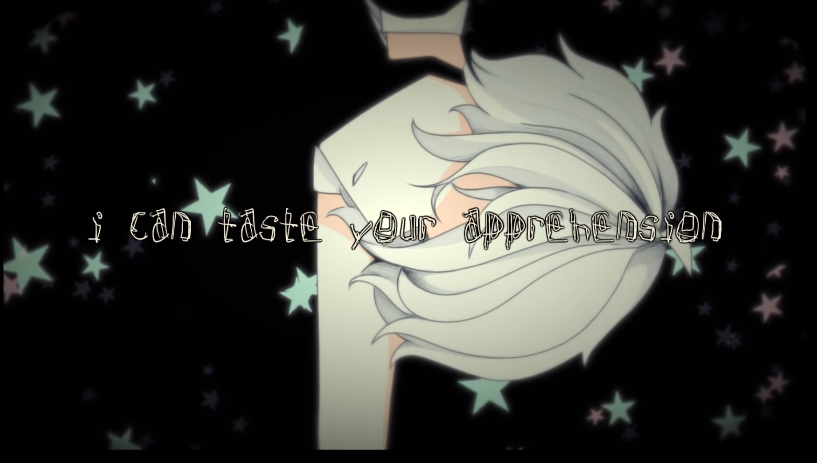 “I’m a recipe for entropy
I’m too overwhelming
Give me your validation
I can taste your apprehension.”

After all of the ingredients thrown into her, she’s become a recipe for unease and chaos, and she’s overwhelming herself. She needs validation to recover, but after it all, all she can taste are people’s apprehension towards her, even if that’s not all that’s there or even there at all. 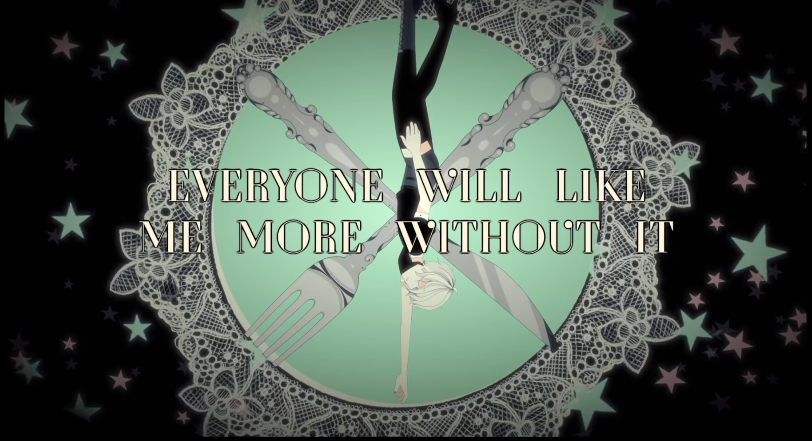 “These flavors of personality are
Hindering my likeability
My impulsive desire, my appetite has
Spoiled my urge to satisfy.

Flower realizes that all of these personality traits are “hindering her likeability” and have merged into something unsavory. Her want has now turned into an impulse she can’t control and has ruined her want for people to like her.

The scene then switches back to the sugary and bubbly world, but it’s now somewhat off. The cake is shown again. It’s really late now, so make sure to tune in for part 3 next week because I’m on the verge of death 😉