Yes I am back at it again with Marvel. It is a topic that I personally won’t grow tired of talking about. I love Marvel and I’m a little obsessed but I’m okay with that. Anyways, this will be a short series with only one part following this one that will list my five least favorite. There are still some movies and shows that I have not seen yet, so these will be updated later on. Anyways, these are my top favorite movies/shows in the MCU and my favorite scenes from each of them. These will be listed from my most favorite first then down. Just so you know, this wasn’t an easy list to make because it’s so hard to choose some over others.

This is a popular favorite when it comes to Marvel movies and there are a lot of good reasons why. Aside from being the movie where the Avengers bring back everyone gone in the “blip”(Thanos killing half the universe), I felt it was a good representation of bouncing back from difficult times. Obviously there are a lot of sad scenes like losing Tony(Iron Man), Natasha(Black Widow), and Steve(Captain America) but it was still an overall amazing movie. 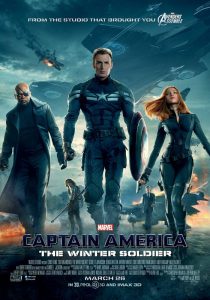 This was my extremely close second but I absolutely love this movie. And no it’s not just because of Bucky…. he’s only half the reason. But since I’ve already started talking about him, for those who say or think he was the villain, I will hurt you. He was never the villain, it’s called mind-control and brainwashing. The only villain in the movie was Alexander Pierce(the leader of Hydra). Anyways, another reason is that I love movies that have a lot of action in it and this movie was full of it. And, of course, its the movie that Hydra was finally taken down and we’re always glad about that. It also sparked a lot of change because in order for Hydra to go down, SHIELD had to also. 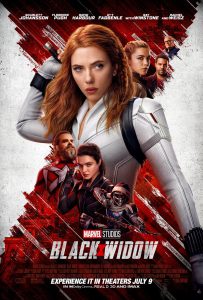 I was disappointed to find out that this wasn’t gonna be about Natasha coming back because I’ve heard rumors beforehand saying that’s what it was gonna be about. However, I absolutely loved that it explained the years between Captain America: Civil War and Avengers: Infinity War. It also gave good background of her childhood and her “family”. I loved that they introduced her sister Yelena and that she became a bigger part of the MCU later one, but that’s for another time:) 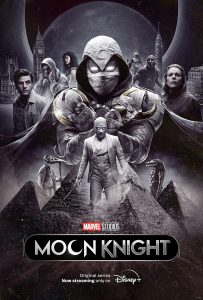 Definitely my favorite series that I’ve watched so far. I loved that it was an Egyptian themed hero. Basically, the series is about a guy named Marc Spector who suffers from multiple personality disorder and the other personality is Steven Grant but in the beginning of the series, it introduces just Steven because that was the dominant personality at the time. As it continues, it shows the antagonist, Arthur Harrow, kills people based on crimes he predicts will happen in the future. Harrow is a worshipper of Ammit, an Egyptian goddess known as the “devourer of souls” who’d punish those before they had even done anything wrong. Marc is the avatar(servant) of Khonshu, the god of the moon and of vengeance who would punish those who have already committed a crime, making Marc the Moon Knight. When Khonshu and Marc/Steven learn that Harrow plans to fully awaken Ammit from her prison, they make it their mission to stop him.

This is not exactly my most favorite scene, but it’s one of the funniest

It does seem a little confusing, so I truly do recommend watching it to understand:) 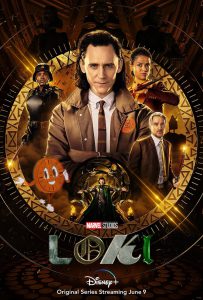 Again, before I watched it, I thought it would be about Loki coming back from the dead because that was a typical Loki thing to do. Then of course it showed that it was about events that happened when he stole the Tesseract in Endgame, technically in 2012. I loved that it showed a complete character development for Loki and I loved all of his variants, but the crocodile was the best one and no one can convince me otherwise. I loved the cliffhanger at the end and normally I don’t like cliffhangers, but since I know there will be a season two, it made me that much more excited for it.

Well, that’s my top five favorite movies/series, like I said it was a very tough decision to make. Next is my five least favorite. See you next week:)