Hello and welcome back to my blog! I just got off a super lovely spring break and watched The Batman in theaters for the second time. It was just as good, if not even better, as the first time I watched it. Though, this time it had me thinking, you know? As I was watching, I noticed some remarkable aspects about his suit! So, now I will be ranking all my favorite batman suits! Enjoy. 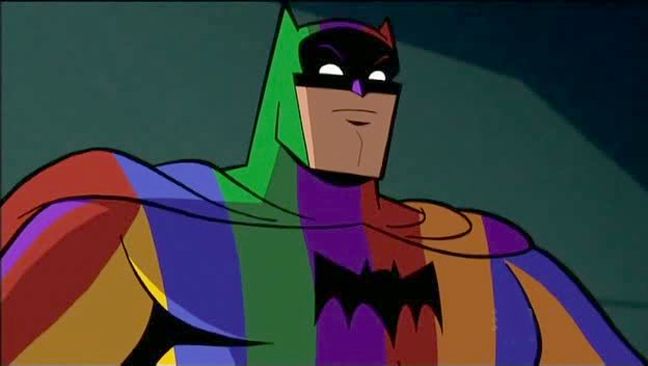 Personally, I don’t feel like I have to explain this one that much. I actually am very intrigued with the DARK Knight’s choice here. I think it’s funky and cool. 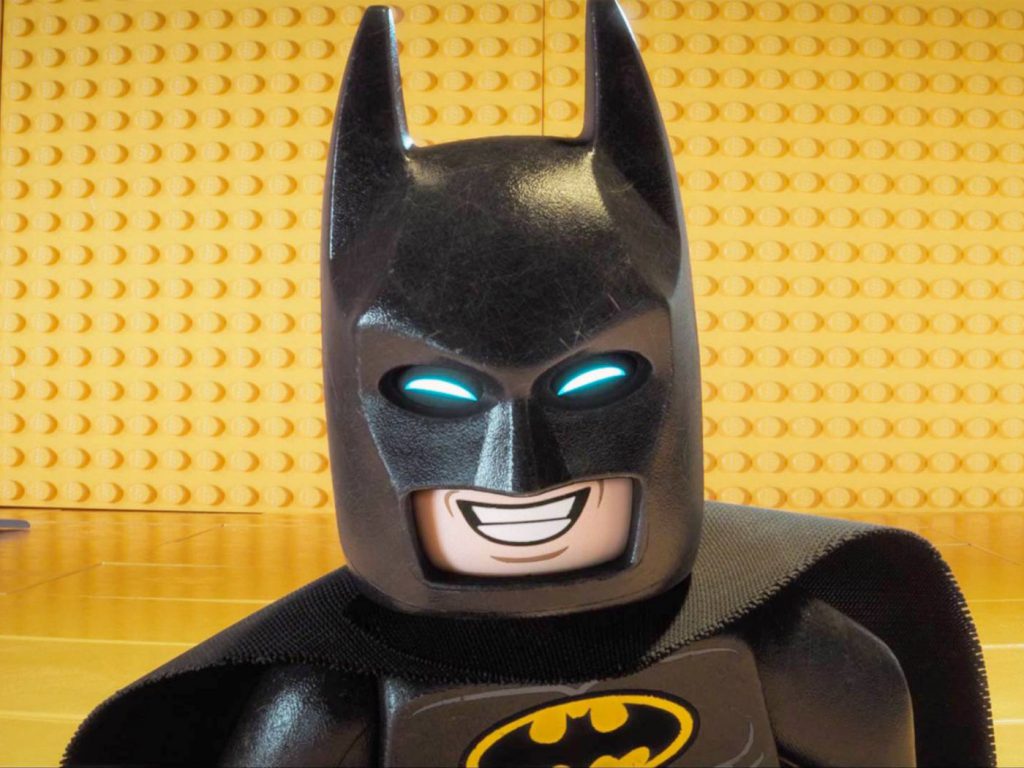 This one is both my mom and Leo’s favorite! I actually really like the movies, but I also think the LEGO version of his suit is pretty cool. My favorite part would have to be the glowing eyes and the original yellow oval logo. *chefs kiss* 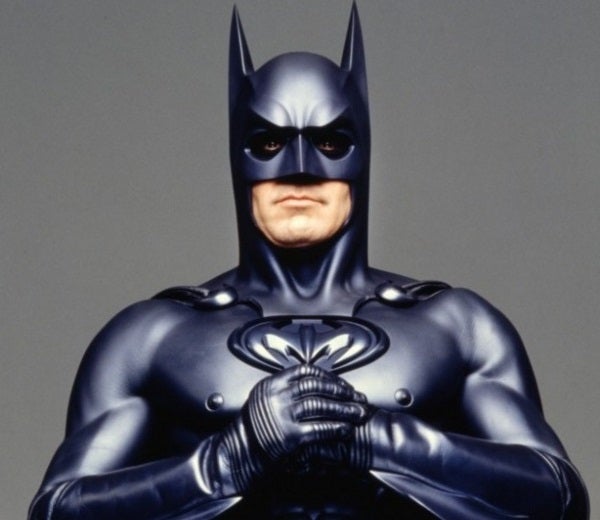 Listen, George Clooney was a disgrace to the Batman cowl, but wow, is this a stupid hilarious suit. Like, who thought, “Hey… we’re missing something here… OH THE NIPPLES-.” Absolutely not. Please never do this again. It’s very discomforting to have to perceive. 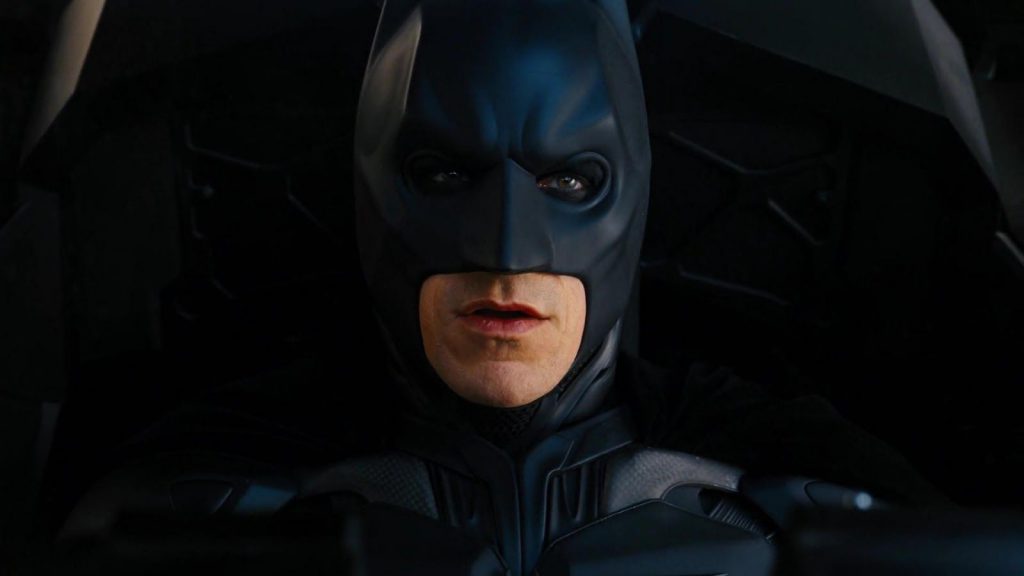 Christian Bale’s Batman was by far one of the greatest portrayals ever. On the other hand, the goatee style mouth part I am not a fan of. Christian Bale has a wonderful face, so why not at least give him a little more space to work with? This doesn’t take away from how amazing these movies were, I’m just saying you know?

MARTHHAAAA- no, I’m just kidding. Anyways, how can someone look at this and not think that this thing is cool as heck? With this suit, a human man could catch superman’s fist. We’re talking super strength, and laser beams from your eyes type stuff here. Superman is a Kryptonian, and this wealthy philanthropist playboy with many cool toys was able to catch his fist. 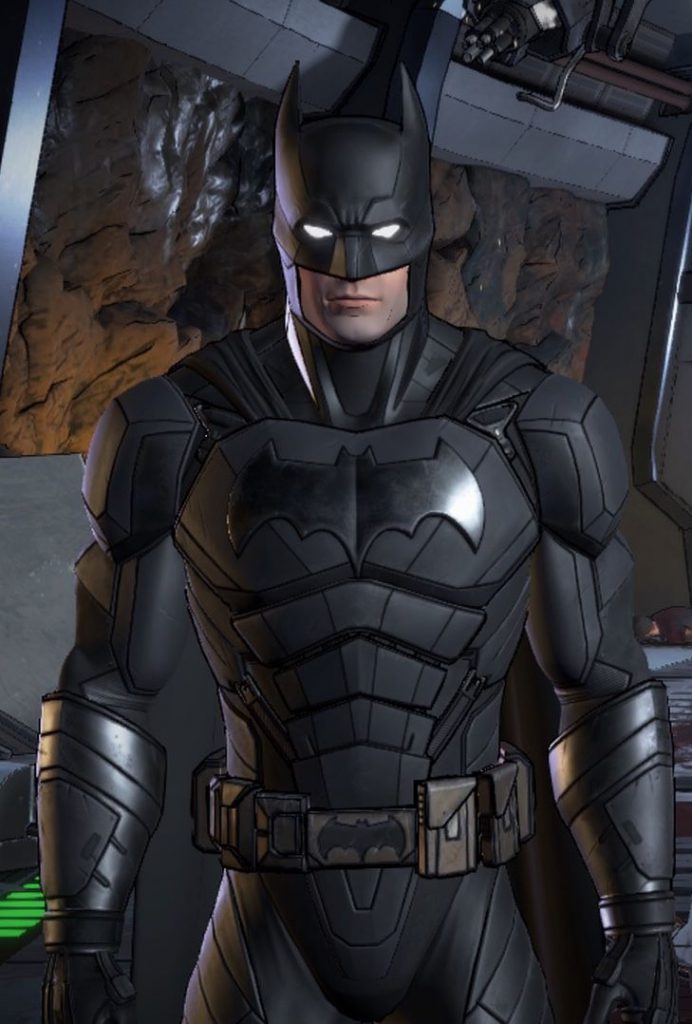 Like I said earlier, I’m a big fan of the glow-ey eye thing they got going on here.  Also, in this game you get to choose the color of your tech which makes it so much cooler! I really like the symbol on the chest and the cool bracers he has on here. It seems kind of generic unless you play the games. PLAY THEM. 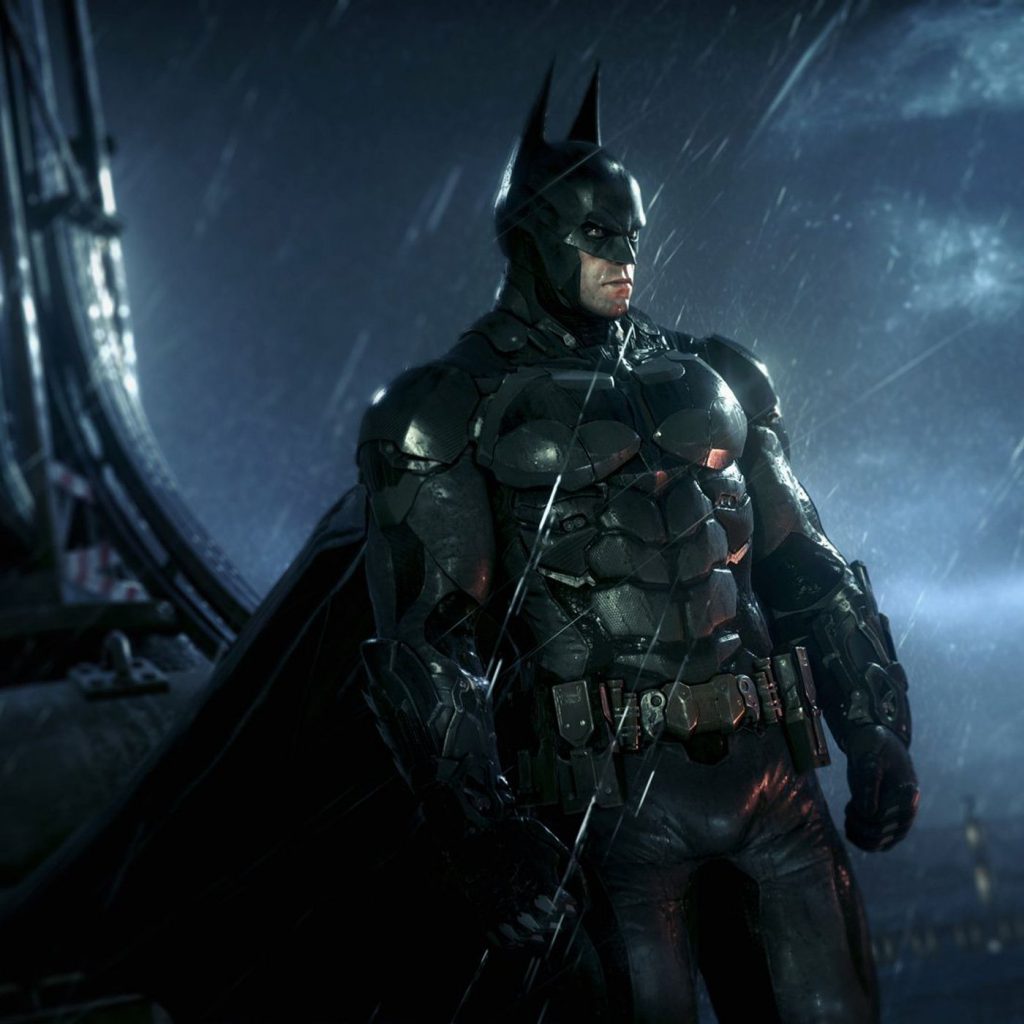 These games are argumentatively the best Batman games out there.  The grappling hook maneuvering was super cool, the technology and gadgets were very nice AND THE BELT. I love the belt a lot on this one. 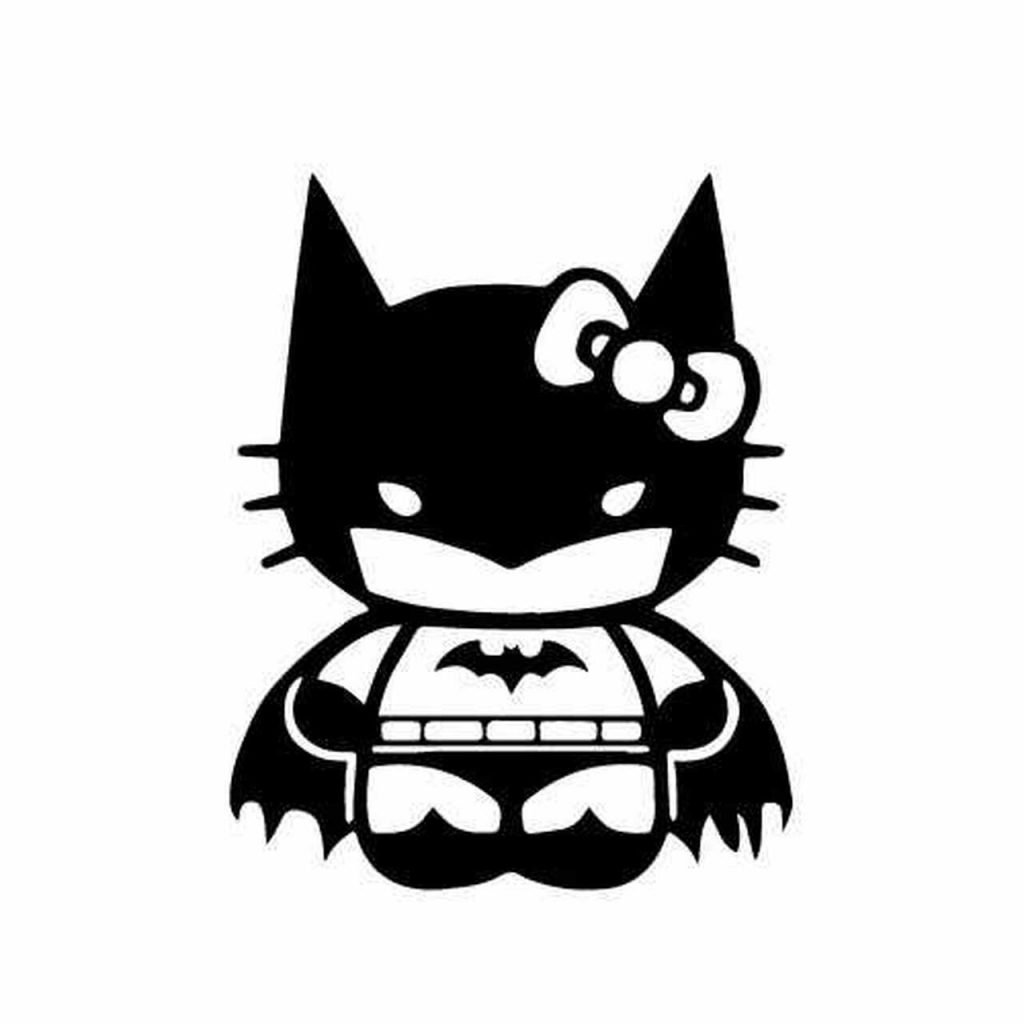 Honestly, do I even have to explain this one, either? (Thank you, Leo, for showing me this). I mean, look at the little bow and the whiskers. This thing is so adorable they even made an astonishing figure out of it. I would get it, but it is very much out of my price range. 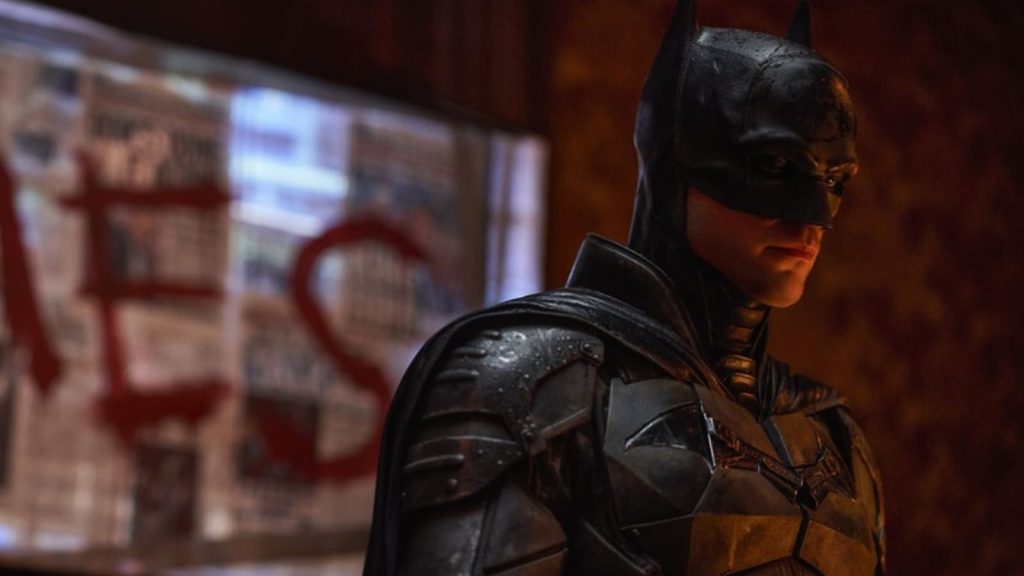 Not only was the movie absolutely fantastic, but the suit was also one of the coolest I’ve seen for such a young batman. It also aches my heart because the logo was formed using the gun that killed his parents. What an edgelord. :/ 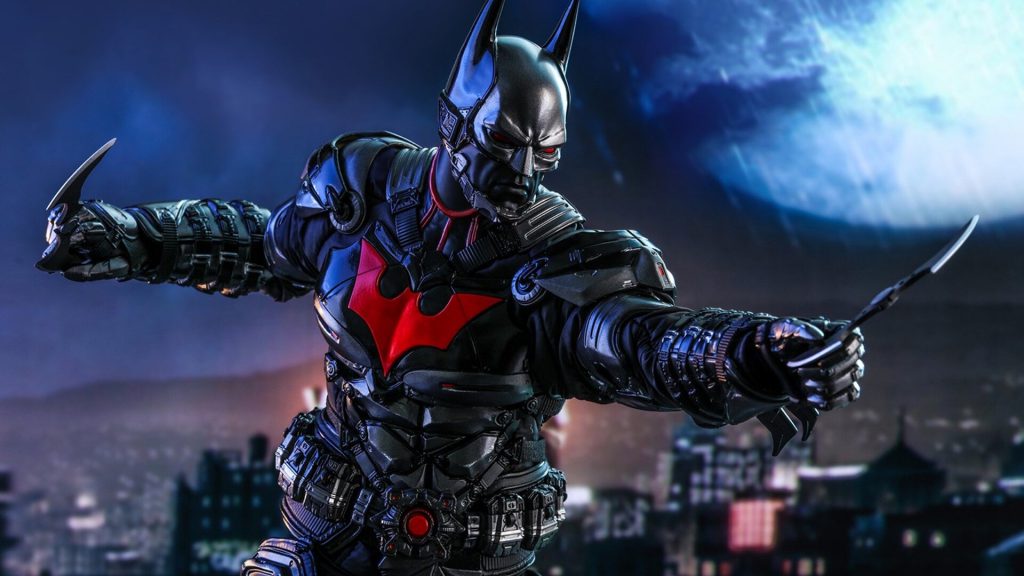 THIS ONE IS SO COOL! I think that the red and the black really compliment each other, giving him a scarier theme. All black is scary, but the red symbolizes violence and mercilessness. If I were to walk into an alleyway and there was regular Batman at one end and Batman in the Batman Beyond suit on the other side, I would spring to the regular Batman.

2 thoughts on “You guessed it! Batman again.”