Heyyy guys! So, today’s vlog is going to be comparing and contrasting the 5 rarest squish mallows. Before we start, I’ll give a bit of background information first. Squish mallows are a brand of snuggable stuffed animals that were launched in 2017 by Kelly Toys Holdings. The first squish mallow ever released was Cam the Cat.

Every time he drops, he sells out within minutes. In all honesty, he’s not a personal favorite of mine. He looks pretty boring to me, he doesn’t have any fun colors, or patterns, and even though I love cats and have many of them he’s never really been appealing to me. The 5 rarest squish mallows are Jack the Black Cat, Santino the Platypus, Heather the Dragonfly, Blossom the Sheep, and Brina the Bigfoot.

The rarest squish mallow is Jack the Black Cat. He is a black cat with closed eyes, a pink nose, and a big smile. Jack is worth about $2,000 on the market give or take 2 or 300. I personally don’t understand the obsession with him. He is a pretty cute squishy but he’s not worth $2,000 he’s pretty, plain simple, and straight to the point, just a black cat, but most people want him, because there were only about 500 manufactured and available to be bought which is probably what all the hype’s about, because he’s not all that special. 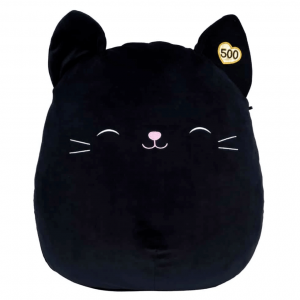 The second rarest squish mallow is Santino the Platypus. He’s simple as well. Doesn’t have any fun colors or anything, but he still can from about $1,000-$1,500 at an auction. 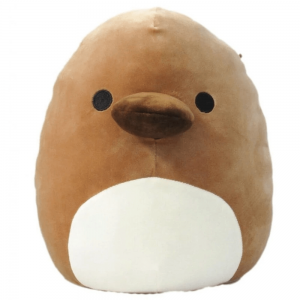 The next one is Heather the Dragonfly. She’s not really considered an extremely rare squish mallow, but she is often sold with a high price tag. She is blue with purple lines cutting through. She also has metallic ombre wings with antennas to match. You can buy her with her eyes open or closed. She has a big smile on her face and 2 blush pink dimples on her cheeks. The price varies from about $16-$500. The cost all depends on the size and where you get it from. 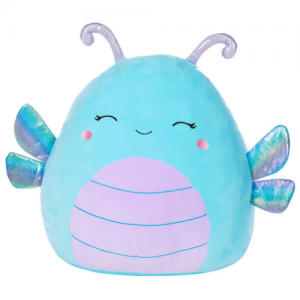 The next squish mallow I want to talk about is Blossom the Sheep. Blossom the sheep is very rare and can get up to about $300 give or take. She is absolutely stunning in my opinion. She’s a smooth white, crème color, with a rainbow advertised right in the middle of her little tummy with clouds all around. Her eyes are closed, with her eyelashes spread beautifully out of her eyelids, I can see why she’s rare. 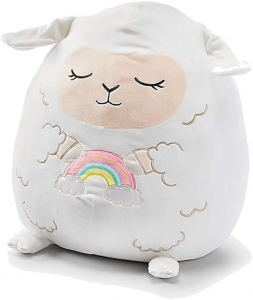 The last squishy is Brina the Bigfoot. I’ve never seen or heard of her before. She looks nothing like I expected. She is bright pink with fur spread all over her head and face. She doesn’t have any arms, only 2 cute tiny little legs. She has a straight line acting as a smile where her mouth is supposed to be, but it doesn’t take away the sweetness from her face. She also has 2 pink little pom poms or pigtails on her head which makes her 10x cuter. 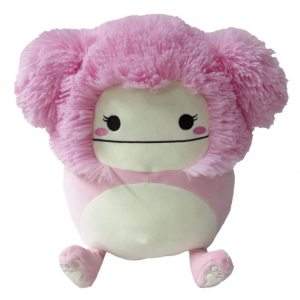 Well, that’s all for today, my next blog will be about all the stuffies and squishy’s I own, where I got them, why I like them, and if they’re rare.

Aleria Holmes Writing is much more than an art or a creative outlet for me. It's simply my life, if writing doesn't exist neither do I. I believe I was truly born at the most perfect unperfect time. Writing has matured so much and many more people respect it now as a career and there are schools that teach you how to creatively write. At the same time, most people in the world will judge you, because you don't do what they do and you don't follow the simple unhappy path that they've taken. Writing has made me comfortable in my own skin, it has taught me that there is no other in this universe like me. Writing has taught me to love myself and every thought that skips across my brain, because I am important. I am enough, I am me and that's all I have ever needed to be! View all posts by Aleria Holmes