Hey guys, it’s me again. For this post, I’d like to discuss my reading and writing preferences and interests. As I have mentioned in my last post, I love reading mysteries, thrillers, and fantasies. However, as I also said, I enjoy writing different topics and genres.

For years, I’ve loved reading April Henry’s books. One of my favorites is one of her recent books which, if I remember correctly, came out last year. It’s titled The Girl in the White Van and, yes, it is what it sounds like. For those who may want to read it, I won’t spoil it, but it’s about a teenage girl who is kidnapped and taken in a white van and fights to escape. If you wish to read it, I recommend it. Another favorite of mine is Holly Jackson’s A Good Girl’s Guide to Murder series. Don’t be fooled, it’s not as bad as it sounds. It’s about a senior in high school who decides to solve a murder-suicide case that she’s convinced is not as open and shut as police think. I also like to read fantasy every once in a while. For example: Six of Crows is a good book. For those who have also read it, no I have yet to read the second one but I hope to soon. 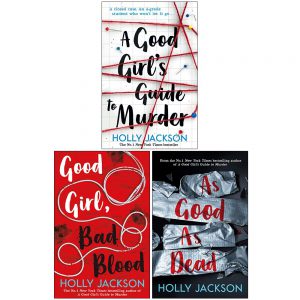 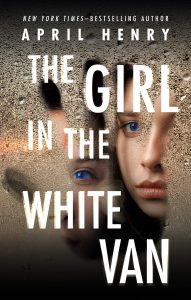 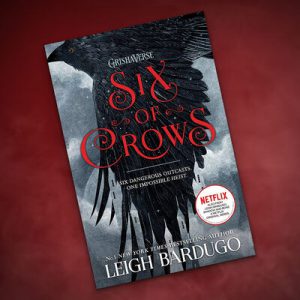 Photo from: The Works

By now, y’all have gotten a pretty good idea of what kind of books I like to read. But, these are not the kind of things I like to write. Over the past month, I have found that I really like to write poems. Since I started this class and have written almost nothing but poems and short stories, I’ve really enjoyed it. I also really like to write short stories. There’s one that I am currently working on. I don’t really know how far I’m gonna go with it. I’ll just write until I feel like it’s at a good ending point. It was based on a prompt where the speaker starts in an elevator and ends at a beach.

Half of the poems I have written during freewriting time have been about childhood trauma and having fear and anxiety. I promise I’m getting help and they’re not all sad. All of the other poems I have written have mostly been about chasing dreams and standing while others say to sit. I know at least one of my pieces have even had romantic vibes. “Everblue” is a piece I wrote based on the prompt of giving my favorite color a new definition, and if it’s more than one color, combine them to make one and give it a new name and definition. I would let y’all read it now but because of the word count limit, I can’t. Maybe in another post if y’all are interested. Let me know:)

Now you know how different my reading and writing interests are: very. And, honestly, I feel that’s a good thing. If you’re like me and these two are almost polar opposites and ask “Why are my reading interests so different from what I write?” It’s completely okay, and if you ask this because you would like to write something similar to what you read, just give it time. Think of what you write about now as a stepping stone towards finding inspiration for writing in a genre you would normally read, if that’s what you’re going towards. Just remember: you can’t wait for the inspiration to come to you- you have to chase it and seek it.

3 thoughts on “Reading vs. Writing”