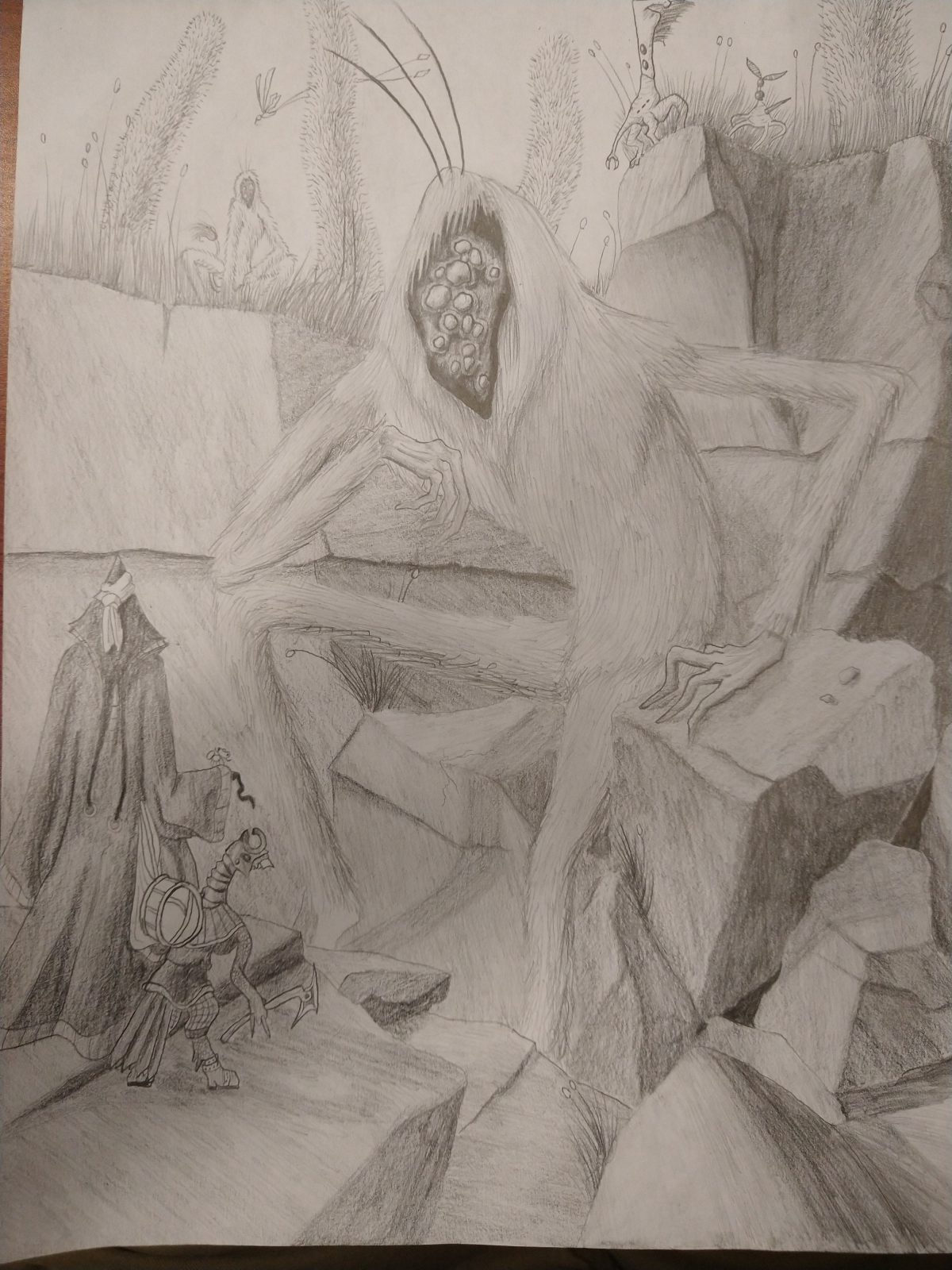 At the zenith of the Silvia war a peace accord was attempted, thought not by the side you would think. The transcript of said accord is as follows.

“The Pelts gifted unto us their eyes, the Nelards have gifted unto us their southern most feet, the rattlers gifted unto us their flayed skin. The whole of the Myceelies knees kiss the ground and are made one in charity, all except the Larianads. – Thy, the Ones of the speck star hold yourselves as if thyne are the unicorns children! Those who thy desecrated the sanctity of, blasphemous! The spore stacks rally to meet thyne men at Rasmus’s mark for however long thy tithe is left undone.  – That being the shards of hard rock be buried and a sea of dew made as recompense. Once every twin toed footprint has left Rasmus’s horn and laid the land bare of your tainted rabble – will every soul upon the great isles sing together. Without fear, without deceit, and rapture reign supreme.”

It was found after the battle of Ivory Valley, scrawled into the bodies of four fallen Larianad soldiers. Due to the vagueness of the proposal and brutality of its composition it was left unanswered.

And so shortly after the Bethmet massacre a ceasefire was finally called that lasts to this day. There was no official end to the Silvia war, but it is widely considered over. Since the rise of the corrupted machines the Larianads have had their hands tied elsewhere, and tempers have cooled over time. Since then no outsiders have dared to set foot east of the Rasmus mountains into Myceelie territory, until now.