hello! i’m back this week with some actual content! over spring break, i rekindled my adoration for the genre of romantic comedy, and i decided that i’d like to share a few more of my favorites with you! a while back, i wrote about three of my favorites, and here are 2 more spoiler-free chats about my favorite rom-coms : )

this. movie. this cheesy, corny, mundane, beautiful movie. i saw this movie on netflix (which it was taken off of. i will be suing for emotional damages. well, that was a joke. for…legal reasons.) on a day when i didn’t have much to do and decided to give it a watch. it seemed like something that i would like–romance, good music, harrison ford. i won’t even lie, the main reason i watched this is because i saw that harrison ford starred in it. gotta be one of the best looking guys ever, and talented, too. and julia ormond is utterly electric. her performance alone makes this movie worth watching. i wasn’t expecting much from it, but what i found was a charming, comforting piece of media that became super close to my heart. since i discovered this movie in late december, i have watched it AT LEAST once a week. and i never get tired of it. not sure if that says more about my hopeless romanticism or the nature of the film, but either way–sabrina is something truly special. 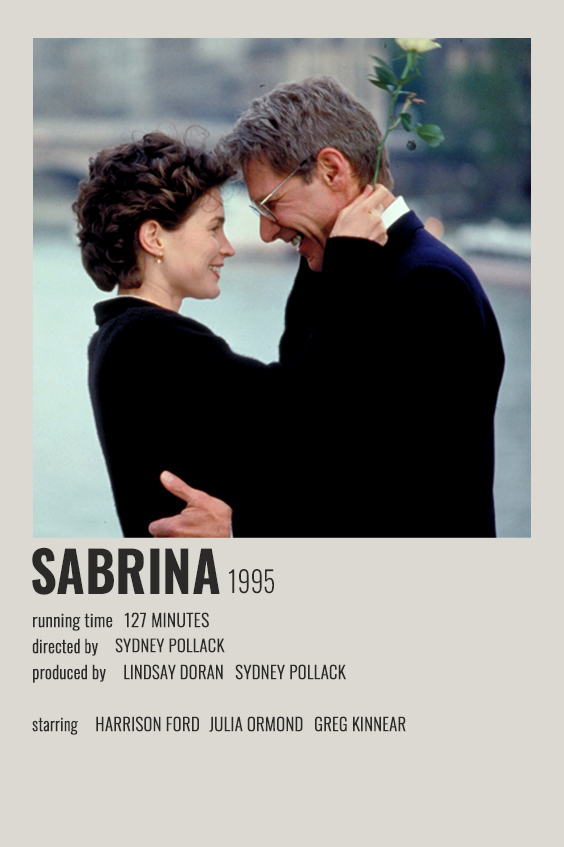 i could talk about this movie for hours, but i will spare you all that babbling and just say that this movie means more to me than i can express. honestly, this is probably more of a romantic drama than comedy, but it’s so full of emotion and does certainly have its comedic moments. any excuse to talk about this film is good for me. funnily enough, i discovered it about a fortnight ago (this movie makes me speak in regency english. sorry), and i have become attached to it quickly. it was always one of my mom’s favorite movies, but i never got around to watching it, and now that i have, i completely understand why she loves it so much. i don’t want to spoil anything, but i can confidently say that this is the absolute best jane austen adaptation i have ever seen. this film is SO perfectly casted that i could honestly dedicate an entire post to the cast itself. we’ve got kate winslet, dame emma thompson, hugh grant, and alan rickman, just to name a few of the immense talents, and each one captures the spirit of their character masterfully. the writing is spectacular, thanks to the lovely jane austen, and the screenplay by lead actress, dame emma thompson. the skill and passion it must take to adopt a novel into film and play one of its main characters is unbelievable, and thompson’s talent is unmatched. like i said, i could fill hours with my thoughts on this movie and would happily do so, but for this week, i’ll spare you. 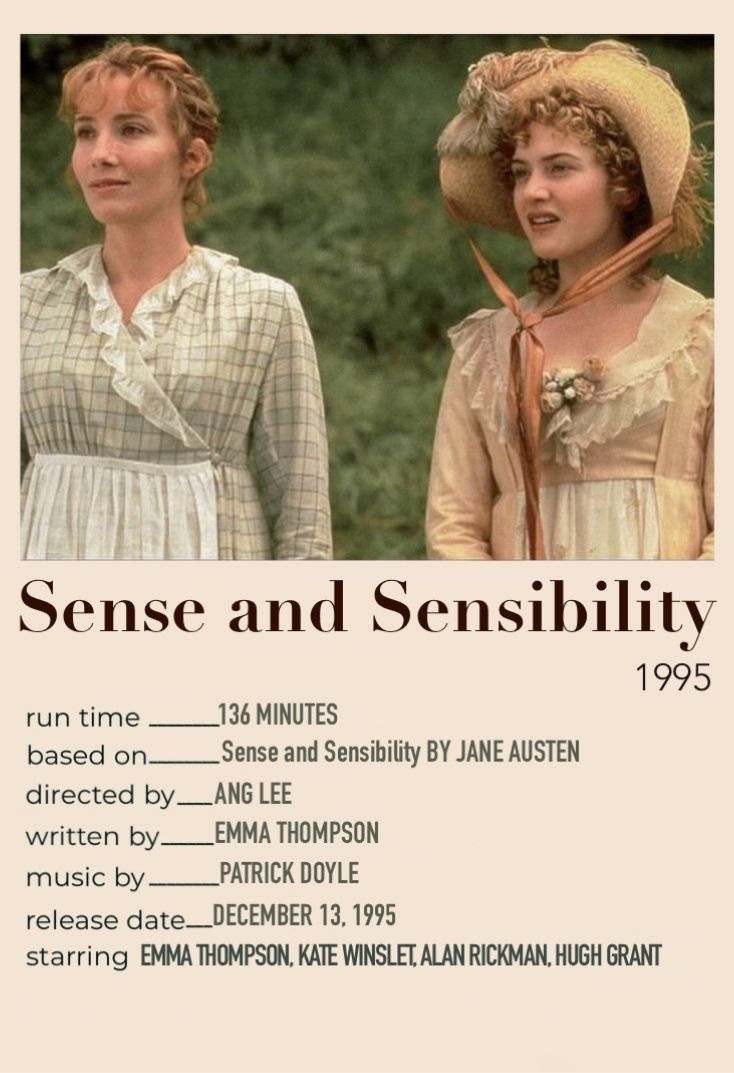 p.s. being the nerd that i am, i have indeed created playlists dedicated to these movies. i won’t link them here, but i’ll stick to my tradition of mini-playlists : )

history of us- indigo girls

how can i remember?- michael dees

if you go away- dusty springfield

the first time ever i saw your face- roberta flack