Hello everyone, and welcome back to my blog! This week we’ll be talking about some of my favorite characters in Death Note and why they are my favorites. If you know me or have seen all the posters and manga in my room/dorm, you’d know how obsessed I am with this anime. Let me give you a little background on how much I love it. If I’m counting correctly, I have about 4 Death Note shirts, custom Death Note air force ones, 4 posters on my wall, two paintings, all 13 volumes of the manga, a massive manga wall I made myself, L and Light nendoroids, an actual Death Note (prop), seven pictures set up around my literary station, I have listened to the musical MANY times, and I have re-watched the whole anime at least nine times. My friend Elizabeth is also making me custom Death Note jeans which I am SUPER excited for. Anyways, let’s get to the characters! 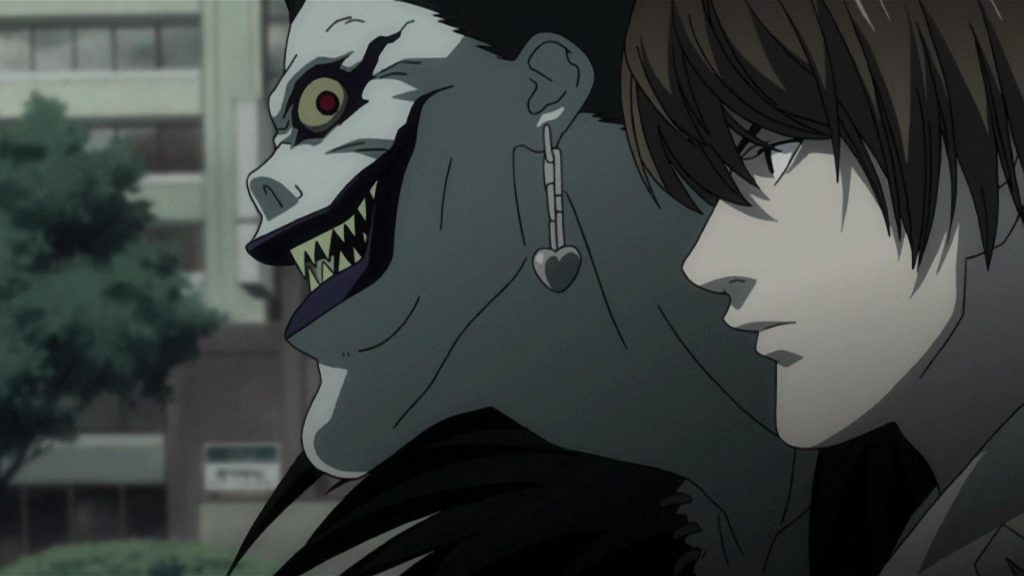 Ryuk is the monster-looking guy with the heart earring in the photo. Specifically, Ryuk is a Shinigami, known as a god of death within this series. The actual death note used by Light was initially Ryuk’s. By purposefully dropping the book into the human realm is the start of the whole plot. After Light takes claim over the book, Ryuk is confined to a radius around Light. He makes it clear that he is only here for entertainment and will not do anything to help Light, nor will he do anything to purposefully hurt Light. I like his character because of how goofy he is. This dude does handstands for apples… I mean, that’s pretty funky. 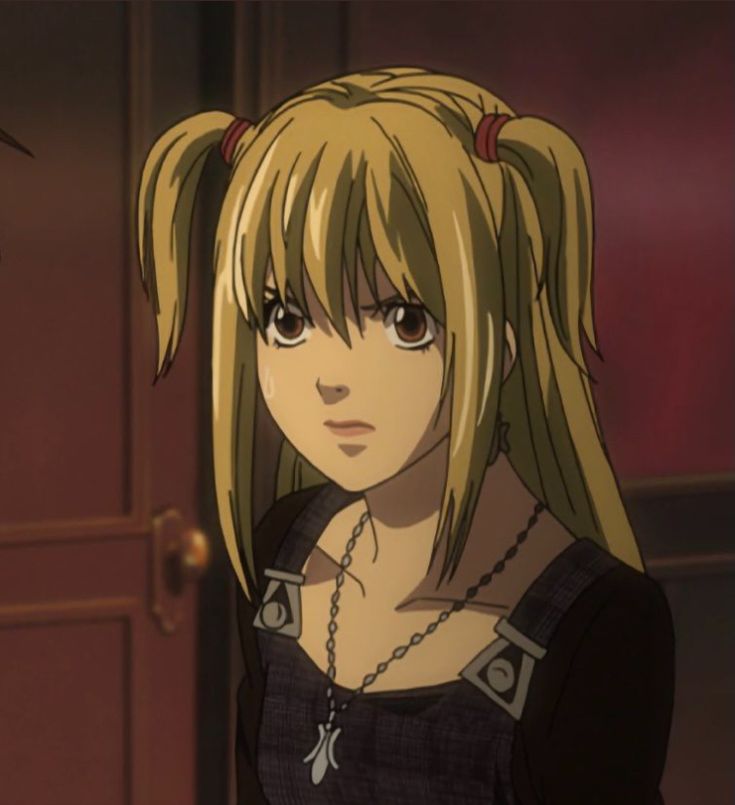 Misa is one of the most popular and most hated characters. In the storyline, she serves as an accomplice to Light’s reign as Kira. She also has a death note of her own, which means she has a Shinigami too. Her name is Rem, and she was going to be on this list, but Ryuk just beat her. Anyways, Misa seems pretty dumb on the outside and lets her love for Light cloud her logical thinking and individuality. This sets up great moments for her when she actually does things that are smart and help Light in the long run. She is very devoted and funny to watch on screen. I also really like the choice of clothing they choose for her. 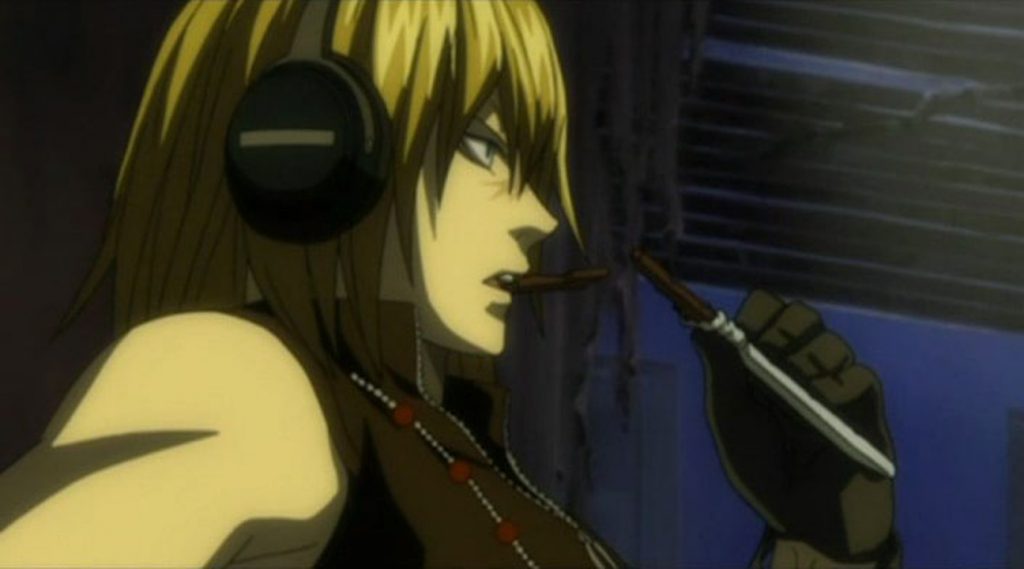 This chocolate chomper is the counterpart for Near and one of the replacements for L. My favorite part about Mello is the part of L that he represents. He is impulsive and loves his sweets. Like L, he is absolutely brilliant and isn’t afraid to do risky things. On the other hand, he lacks the patience and deeper understanding of different ways to do things. The creator also very much did Mello well with his character design. He is literally so cool and even made a Shinigami AFRAID of him. He also rides a motorcycle which automatically gives him cool points in my perspective. 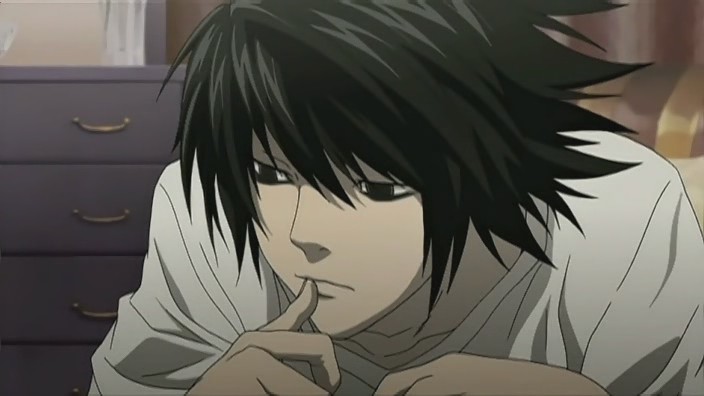 The greatest detective to ever live, L is the second-most main character in the series and shares the same IQ as our leading character, Light. L is the counterpart to Light. Though they are counterparts, L is on the side of the justice system and works as a detective to chase down and prosecute Kira (Light). My favorite thing about L is how funky he is and how deep his character actually is. Most watchers think he’s somewhat weird but definitely brilliant. They also assume that everything he says is true and that he’s a good guy because he’s on the police’s side. This is entirely wrong, and that’s why I love him so much. We only ever get to hear what he is honestly thinking maybe twice in the entire show. Everything else is articulated to further his progress in the case. He is incredibly manipulative, but most watchers are distracted by Light’s openness about his manipulation that they entirely miss L’s manipulation. You thought he was trying to catch Kira for justice? Oh no… this is a game of pride for him. The ICP even says in the beginning that L only takes on cases he has a personal interest in. Throughout the entire show, we never once see him sweat. Even in the intense tennis match with Light, he never sweats a drop. This exhibits how wonderfully L conducts himself to project the image he wants. His complex character is one of my ALL-TIME favorites. I could go on, but I will save you the time. 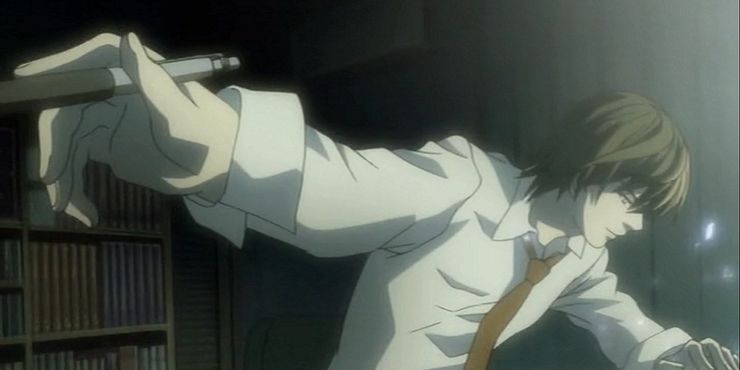 This pen-slinging maniac is none other than “The God of the New World” himself. Light Yagami is our main character in the series. He is the son of the police chief Soichiro Yagami. Like L’s character, there is a lot of symbolism, development, and depth in Light. As watchers and readers, we get to dive deep into his psychology and really know what’s going through his head, unlike L. Also, unlike L, he lets his genuine emotions show, and sometimes they overwhelm him. My favorite part of watching Light is how easily he can maneuver around dangerous obstacles brought about by the “good” guys. He can develop detailed plans and execute them efficiently if he is doing them by himself. Light’s biggest downfall was deciding to bring on people to help his cause. I think the writers did a fantastic job with this show and Light.

Thank you all for reading this week. I hope you enjoyed and stay tuned for next week’s blog! <3

2 thoughts on “Death Note? It’s been a long time coming.”