My discover weekly was recently updated, so it’s my turn to update you on what I’ve been listening to. Remember to keep an open mind when listening to new things. Here are four new artists that has been added to my playlists. 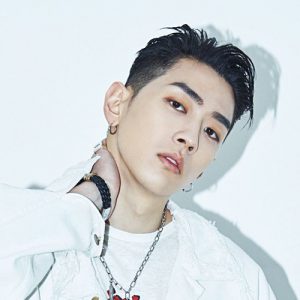 GRAY is a Korean-Hip-hop artist who is signed to AMONG. He dropped a brand new album today (or of you’re reading this later- August 18,2021) and from what few songs I’ve heard, the album is amazing. I’ve never listened to one of GRAY’s solo songs so this was a new sound for me. In my previous article, I talked about how he was featured on Yugyeom’s album on the track All Your Fault and to be honest it was my first time hearing him. After sitting down and listening to Close 2 U, a track on his album featuring punchnello, I fell in love with his sound. 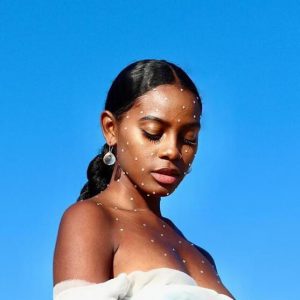 I recently discovered Fana’s music through another one of my favorite artists. Her voice is really abstract and alluring, so I was drawn to her voice instantly. I value alternative sounds and she brings a new perspective to R&B to the industry. She was recently featured on Tyler the Creator’s newest album CALL ME IF YOU GET LOST under the track  SWEET/I THOUGHT YOU WANTED TO DANCE with fellow R&B artist Brent Faiyaz. Through this album, I was able to discover her unique voice. My favorite song from her would have to be Desert Flower because it’s poetry complemented by a beautiful voice. You can feel the art just bleeding from the song and it’s inspirational. It gets me thinking about how I could possibly write something so powerful in the future. Plus, it features yet another on my favorite artists Mereba. The way their voices complement each other it makes you just want to levitate. 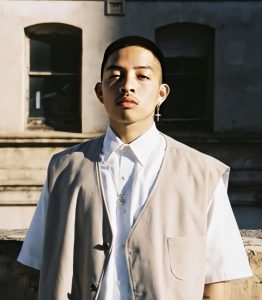 I want to start off by saying that after listening to one of RINI’s songs I downloaded them all. It took all of my storage and I don’t regret it. He never misses. I couldn’t name even one of his songs that sounds bad. He is just that great of a writer and singer. I know I have a lot of these on this list, but RINI is also a R&B artist. I first heard one of this songs a while back, but I haven’t listened to him since. I recently got back into his music because my sense of music taste has changed. My recently added is consisted of a lot of chill songs and he is the godfather of them. One of my favorite songs from him is Good Intentions from his EP After the Sun. It’s about finding a new love interest and getting to know them, but their guard is always up. Throughout the song, he sings about being there for that person and being persistent with his interests towards them. It’s a good throwback vibe song and it captures the essence of this artists, so if you’re planning on listening to him I suggest you start with this song. 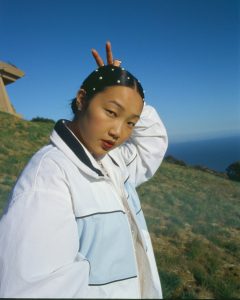 I could write a book about how much I love AUDREY NUNA. She is an amazing and talented artists with hits and features that are just golden. She is a great lyricists even when switching between Korean and English in her songs. Her fashion taste in other-worldly and it adds to the aesthetic of her music. I discovered her through YouTube suggests. I don’t know what it is about YouTube, but they always give me the best songs to listen to and their playlists are immaculate. I couldn’t possibly pick a favorite song of hers because they’re all my favorite, however I do have a favorite feature. On the track, Top Again,  she features one of my most favorite rappers and that song just leaves you speechless. They way their voices complement each other and bounce from one another you would probably think they were a group. Not many people know about her, but she is a rising star and I’m glad to be a fan of her journey.

So, I got this idea from my friend Sydney to make a playlists for you guys so… thanks Syd:).  I could update it weekly with new finds and keep you posted with the blog too. I’ll also add songs that won’t make to the blog. I also want to hear you! Well, I want you to add some of your new finds to the playlists so we can all have that sharing experience together.