People ask me why I chose literary. I got accepted into Literary, Visual, and Theater, so why did I go with Lit?

I hate to say the real reason. People would most definitly question my life choices for it. So I always make something up.

“Ah, I just felt literary was my calling.”

“I heard that class is the most fun.”

“They get lots of fun opportunities.”

In reality, I went with literary, because I thought it would turn me into my favorite anime character. Toko Fukawa. 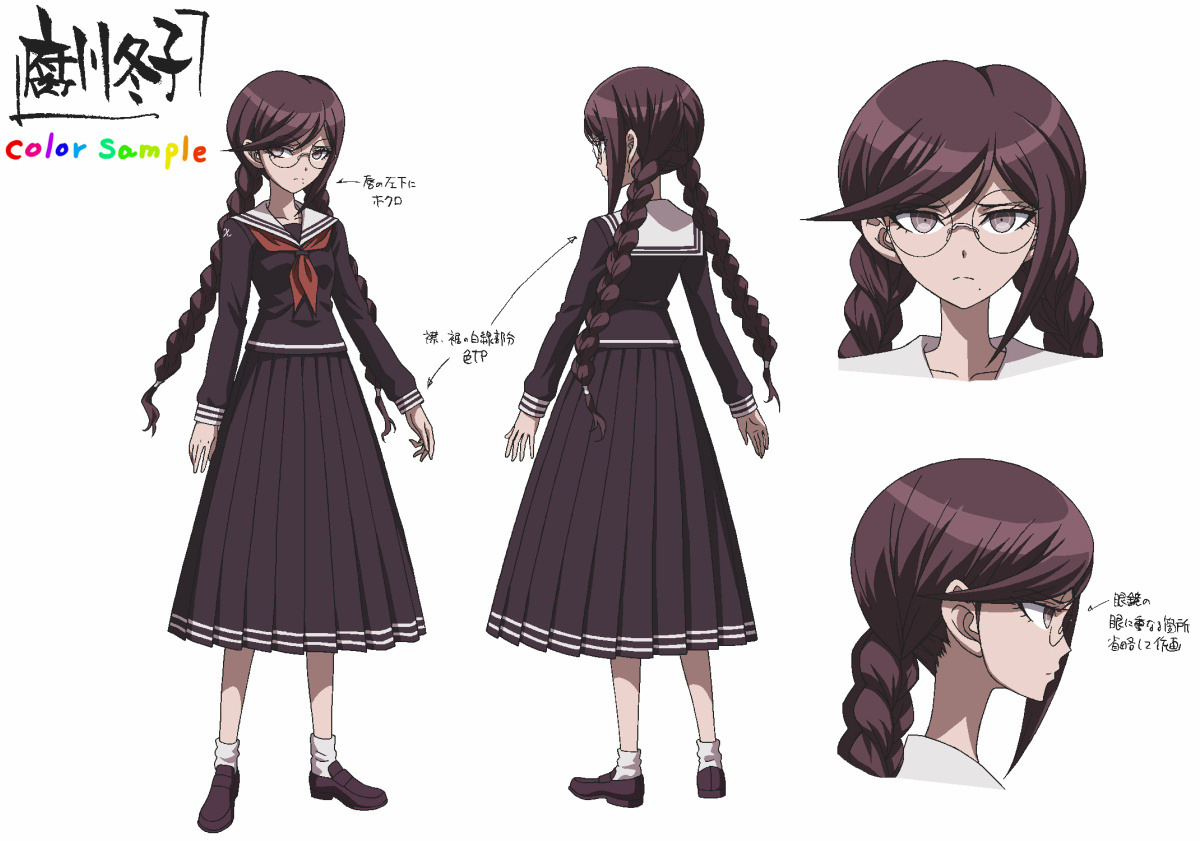 It all began when I started playing Danganronpa: trigger happy havoc back in 2016. It led to an obsession. I could tell you all the characters from all the games, their talents, and how long they stay a character in the series.

So, naturally, as Kerri Bland, I cosplayed her. This is when I began to notice the similarities between us. She had long brown hair like mine, which she always wore tied back or in braids. she had a beauty mark next to her mouth. she wore tall white socks. Our birthday was only a day apart.  she thinks everyone hates her, even if they don’t. she hates blood and ghosts. At first, I thought it was so weird I had found a character so similar to me. 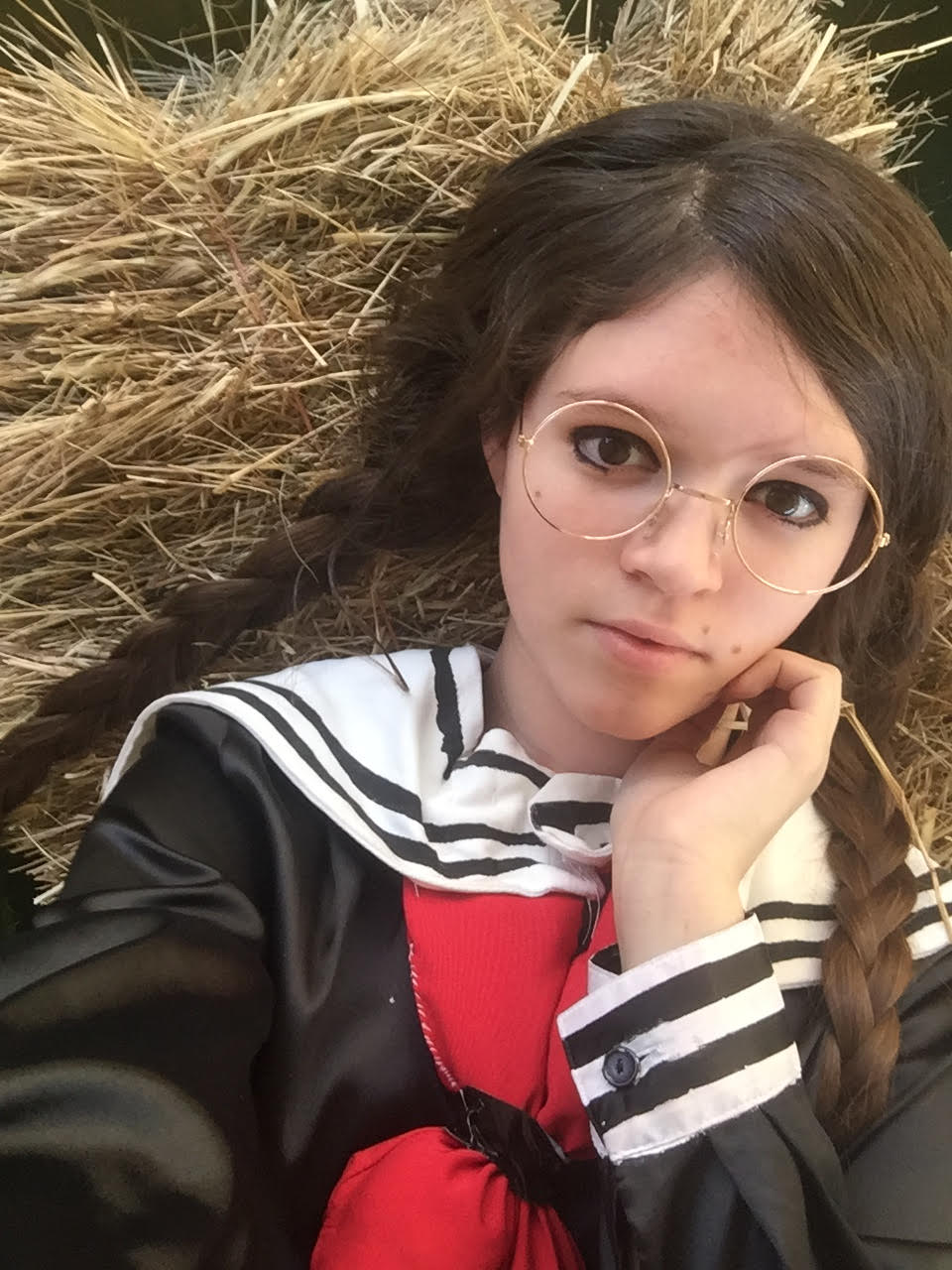 Then, there were the parts of her that would soon be relatable. Toko was a student at a school for Teens who were the best at what they do. Thus, she was known as the Ultimate Writing Prodigy.

So, then I began applying to MSA. I was ready to get away from my unaccepting school. that was the main thing. however, in the back of my mind, I had the thought of becoming the living version of Toko Fukawa.

So, in 2017, I sent in my cosplay to the publishers of the manga series, along with a note that told of why toko was so special to me.

It was something I didn’t expect to happen. receiving something back from them was like receiving an autograph from a celebrity. attached was a note that read:

Thank you so much for your letter and cosplay photos! I just got news today that the Danganronpa manga is being reprinted, which is great because it means that even more new people are getting into it ^_^

We haven’t officially announced it yet, but in 2018 we (that is, Dark Horse Manga), will be releasing a new manga in the series, this time based on the second game, Super Danganronpa 2. So we’ll look forward to printing your contribution inside one of the volumes of the new series.

Not only did they send me that, but they also sent the book cover before it was even available to the public. 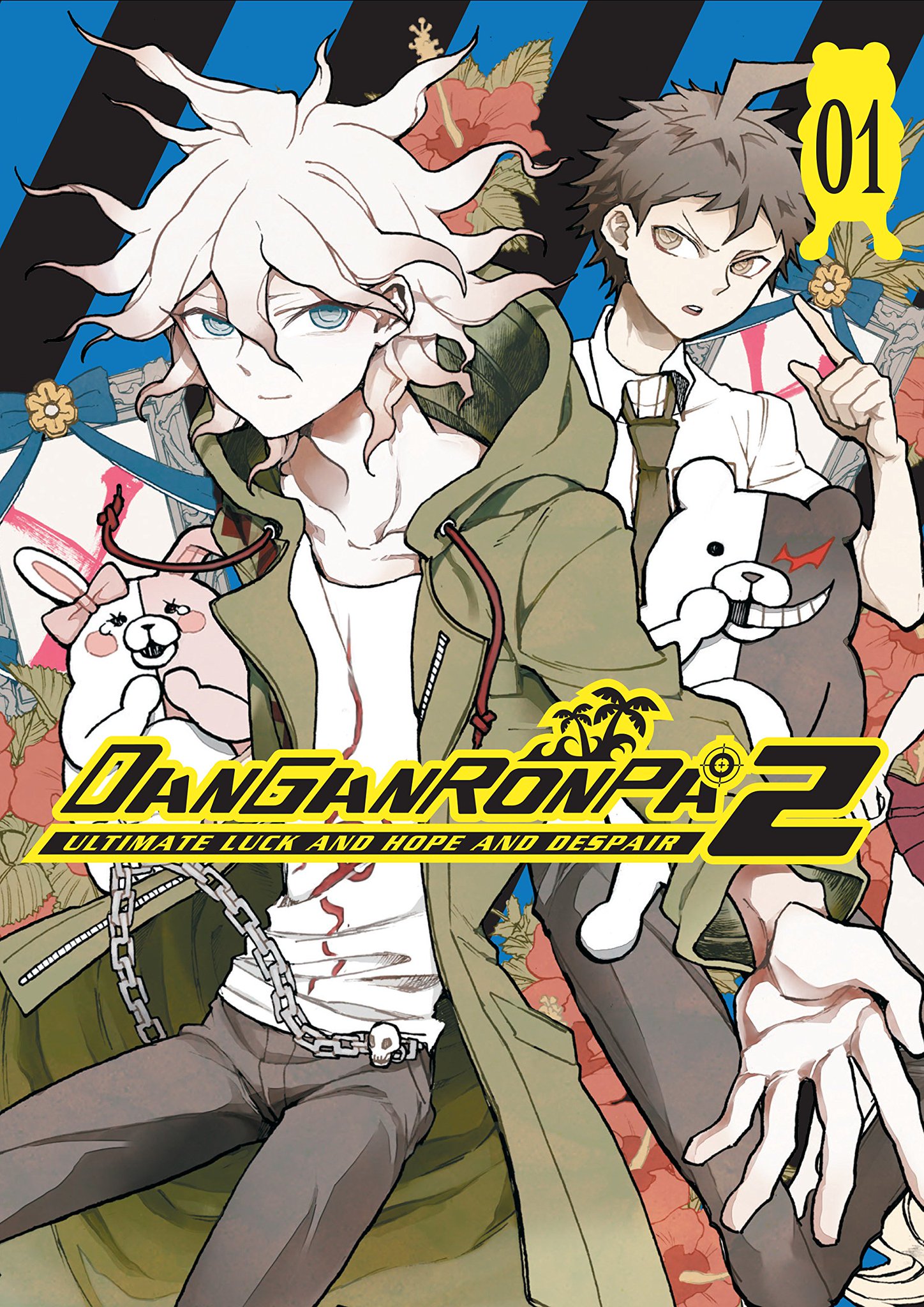 And then more signs came. 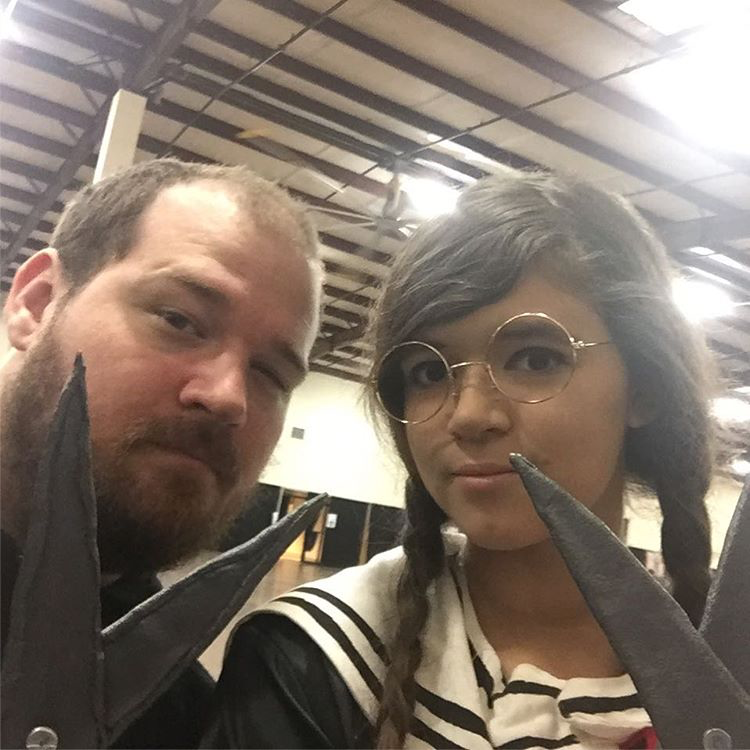 While at a convention in my toko cosplay (her scissors are v important to her crazier self), I heard a voice that sounded oddly familiar. Like, ODDLY familiar. Josh Grelle. Big deal Josh Grelle. Yuri from Y.O.I., Armin frrom A.O.T., Tokoyami in M.H.A. Most importantly, the voice actor for Toko’s in-game love interest (who doesnt quite return her feelings) Byakuya Togami . He recited a few of his lines, and I DIED.

literally, after that, I screeched for the rest of the day.

He ended up taking a picture of me and sending it to Tokos voice actress. Who, Incidentally, I met the very next weekend. 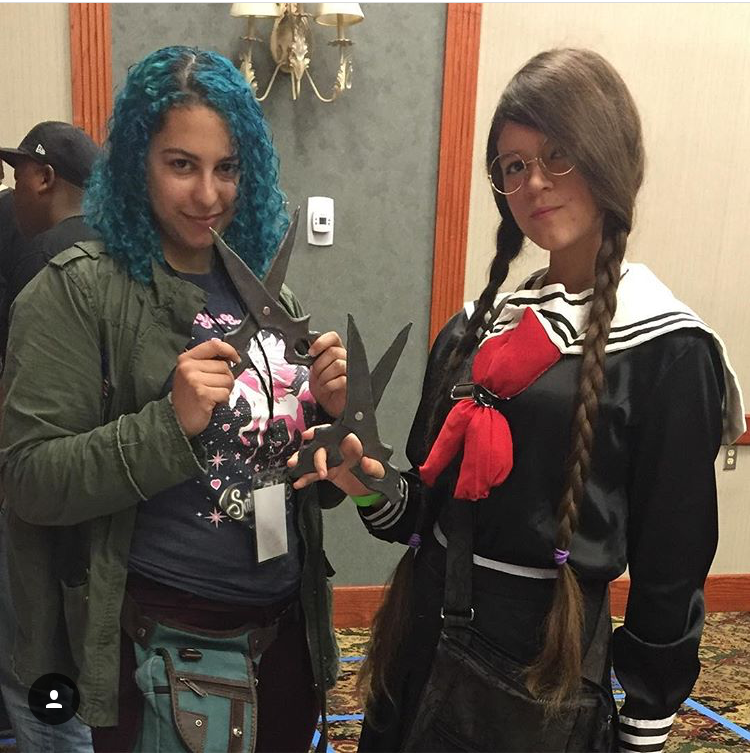 Yes, the legendary Amanda Miller. you may recognize her as Sailor Jupiter, Junko Enoshima, Boruto, and, of course, Toko Fukawa.

The first thing she did when she saw me was run up to me, grab my hair, and exclaim, “Oh My God is this real!?”

She was very funny. We had a full on conversation about our favorite characters from literally everything. I told her I had been trying out for this school, and was supposed to get a letter soon to see if I’d gotten in. Then, I got her autograph. 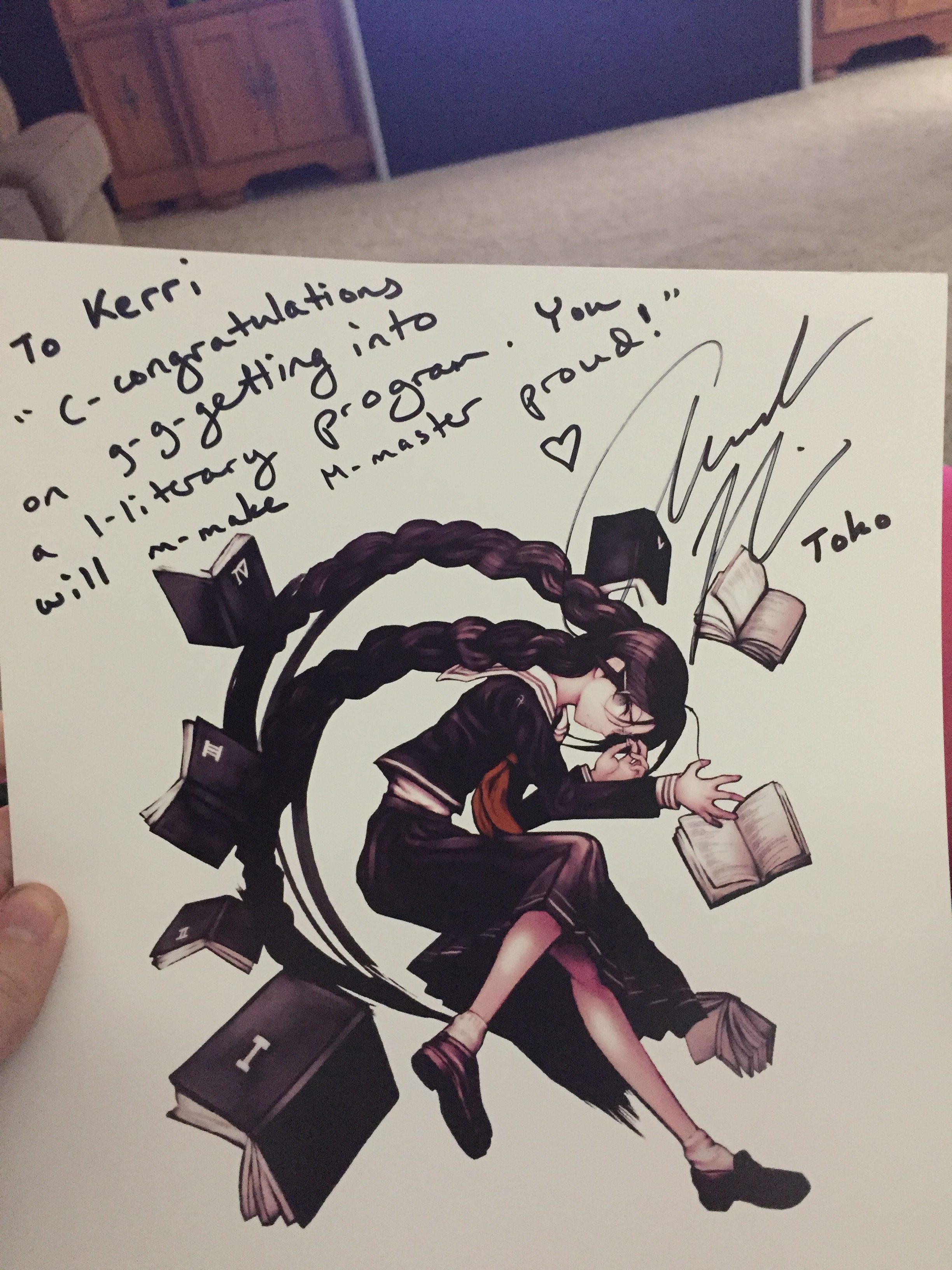 In this, she congratulated me for something I wasn’t even sure I had gotten into. Though, I guess she saw my determination. So, thanks Amanda Miller. She also references Byakuya Togami, who she knew I had met just the week before.

Overall, this big situation inspired me to be the most anime I could be.

Yep, that’s why I picked Literary.