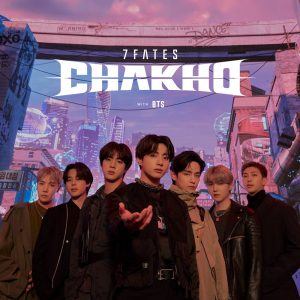 Oh, these men. The question of the day: how many times? There are certain people who just do it for me. Ya know? Almost any occasion, there they are.

The question though is HOW MANY TIMES WILL THESE MEN CURE MY SOUL?!? 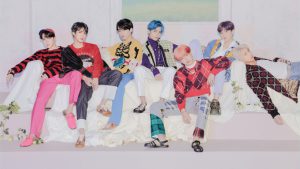 That’s the fan chant for anyone who didn’t know… Anyways, now that that’s out the way I can continue. I am what is considered a new ARMY, or new fan, of the group. When I joined you ask? I’m not quite sure myself.

I’ve realized they were always there. Looking back in my memory deposits I can trace remnants of them like butterflies in an expansive field. Whether it be just one song my brother would play in the car, or my friend had a poster. They. Were. There.

Last summer with the hit of COVID and a pandemic messing everything up, I think they showed up again. I swear it’s the oddest thing because I don’t remember the exact video or time I started becoming obsessed. It hit fast, it hit hard, and there was no stopping the transition. I realized they had actually left cocoons that had now developed and metamorphized into butterflies now. I went from oblivion to binging their reality show, catching up on every interview, watching all the YouTube edits and compilations, reciting the fan chant every waking moment, and watching performances and music videos since there debut in 2013. There was a lot of material to cover, and with the pandemic having everyone quarantined I had ALL the time.

What’s this? I wasn’t ready. A new era was on my doorstep whether I liked it or not. My new duties and responsibilities being part of the ARMY had to be executed to the best of my abilities. What are these duties you asked? I’ll let you read the news report yourself.

“BTS has broken the record for the top 24–hour music debut on YouTube, amassing a staggering 101.1 million views, a YouTube spokesperson confirmed to Billboard.”

This is just the top of the board not to mention the rest of the videos we have on the board. *flips hair* Many of us, me too, will stream their new video releases on repeat all day the first 24 hours with no interruptions. I keep the video queued and was able to stream my first a total of 300 something times on my laptop, and the tv, and my brother’s Nintendo Switch, even while I slept I made sure it kept going.

The thing is, BTS has gotten so many of us Armies through so much, so we do all and everything we can to support them and give them world recognition. BTS is always acknowledging their fanbase and other people just don’t realize how passionate we are in making these 7 angels receive every bit of success they rightfully deserve.

They literally performed in Grand Central Station in New York.

At their first performance at an American Awards show for the Billboard Music Awards of 2017 the fanbase had the loudest reaction over any other fanbase for the American artists.

We do this all this because this group really just wants to spread positivity throughout the world through their music and influence. That is why Armies try so hard to spread the word of BTS because becoming a fan of BTS was one of the best things I have ever done, even for my mental health. They want people to find happiness in themselves as they are and went as far to start a campaign called Love Yourself. This was during the era, Love Yourself. When the Black Lives Matter movement was affecting America BTS donated money 1 million dollars to the foundation and then Armies matched that in a total of 2 million dollars for the movement. This is just once instance of them doing what they preach. The main leader encourages the fans a lot to study and try an do good in school, and the pressure of him somehow realizing a bad grade I get motivates me to try hard for him. They may have just been 7 kids with a dream, but their impact is still reaching people of all ages globally.

Here are some videos to correlate with the emotions they can relate/ help get one through. It’s best to use English subtitles to really be able to connect to the song if Korean is a foreign language for you.

When I  am feeling my BTS nationalism I can listen to what I believe to be the anthem of the fanbase. ( Oh lord we cry every time. ) They made this song that reflects on the journey they’ve been on and how they only started as seven and now they have the world with us.

“We are not seven with you.”-BTS

It is such a powerful song if you truly love the group and have seen moments of their beginning and end this is it right here. It really is  :}

Sometimes I feel like doo doo about myself, and have no confidence. These videos give me the confidence I need to keep going. They make me realize I am golden, and a bhaddie.

This one has Nicki Minaj and I live for that as well. Shout out to the Barbs!

BTS are here for you and me even through the tough moments. You better believe it. When life sucks and everything seems to be exploding around you, and it gets hard to keep going, they’re here. They feel you and want to help…

That cover of Coldplay’s “Fix You” really hit different.

Sometimes BTS just wanna be there with you to be bright and happy. They want to shine alongside you and keep your mood elevated with them. Fun dance breaks or when you just have the universe on your side.

This song was their first in all English and stayed at the number one spot for weeks. It released this summer when we all needed a reason to dance and be happy the most.

This only scratches the surface with their capabilities and talent level and the range of emotions they cover. BTS is truly, as I said before, one of the best groups I have ever supported and loved. They just wanna make the world a better place in the ways they know best. They are constantly breaking records and have gotten all kinds of awards. Right now, they are the first fully Korean group to be nominated for a Grammy. We have only a couple more weeks to see if they can be the first to win one too. Fingers and toes crossed.  I hope you can find any of their music enjoyable, the rappers come out in some songs and really turn it out if the more upbeat pop isn’t your style. Just saying….*wink*

Maybe “UGH!” or “Mic Drop (Steve Aoki Remix)” I mean even my straight brother vibes hard to that one… just sayinnn *wink*

Oops! How’d that get there?!? Anywaysss, I wish you found something on this post that could tickle your fancy. This all may seem like I have a wild addiction and this behavior isn’t normal, but I am only one of an entire ARMY of millions. Thanks and please have fun, be wild, and be happy

P.S. At this point I’ve dropped so many video links one more wouldn’t even be that much. I just wanted to showcase their talent with one of their recent performances that blew me away. Every time. America ain’t got NOTHING on this group when it comes to the quality, visuals, and pure entertainment and here is just one more example why. Please enjoy