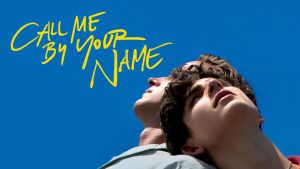 Disclaimer: This is my review of the Call Me By Your Name through its film and script, not the book. Credit to authors and director mentioned below.

The movie Call Me By Your Name takes place in the Summer of 1983, “somewhere in Northern Italy.” Oliver is a foreign exchange student who comes to live and study under Professor Perlman for the summer. The professor’s son, Elio, is a young, bright boy who loves to dance kinda funny.

The film follows the complicated relationship of Elio and Oliver who begin to bond incredulously. What begins as simple infatuation evolves into insatiable desire.

One of the biggest things this movie shows is how stellar character interaction can be for ultimate audience satisfaction. 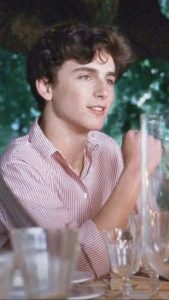 It must be talked about! See? Elio agrees. 🙂

For starters, Call Me By Your Name does an incredible job at utilizing indirect dialogue. There are too many moments to keep track of, but perhaps one of the best to mention is when Elio is expressing to Oliver how he feels about him. 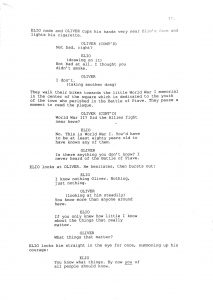 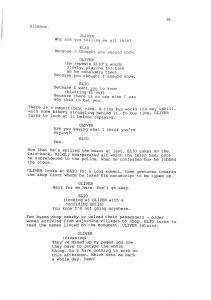 Elio never just comes out and says, “I like you.” He talks to Oliver in a certain way where he beats around the bush with his language, and Oliver follows along talking in a similar fashion.

It just makes sense. It’s the 80s and society was in a different place, especially with the topic of sexuality in public, as they are in during this conversation. It also keeps the audience figuring out the plot themselves rather than simply having it laid out for them. Here is the scene from the film.

This is only one of many scenes that showcase this indirect style of dialogue that courses through the film’s structure. 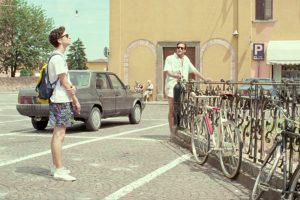 A picture from the above mentioned scene.

There are also many subtle notions that are easy to be overlooked but help the storyline. One of these instances when Oliver is eating a poached egg for the first time. He struggles at first and ruins his first egg, but after he learns he devours the egg.

Elio’s mother, Annella, suggests he have another.

Oliver responds with the line, “I know myself. If I have three, I’ll have a fourth, and then more.”

The script elaborates after this line by writing, “ELIO has never heard someone Oliver’s age say, I know myself. It’s somewhat intimidating. He lowers his eyes.”

This highlights how early on the power dynamic Oliver and Elio struggled with in the beginning of the film began. I imagined it perhaps started later on when the two were more vocally catty. 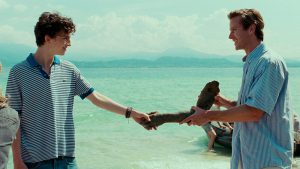 Perhaps I am reading too much into it. For me though, upon reading the script I have noticed more spots that could have easily been overlooked watching the film, whereas a viewer might only focus on the more obvious scenes shown.

Another powerful scene that deserves its own moment is probably toward the very end of the film. Elio’s father has a talk with Elio about their relationship, and it is very emotional. It adds all the closure you didn’t realize you and Elio needed by that point of the film. Here is the video and script for the scene. 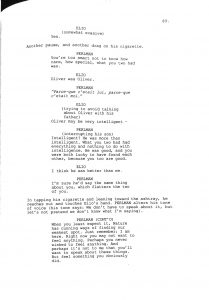 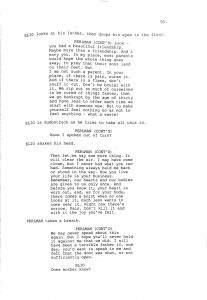 This is actually very unique for a LGBTQIA+ film. For the gay male character to have such a supporting father is not a common thread of almost any gay films/shows. Besides the closure and diversity it delivers, this moment deepens the layers of the father’s character. It shows how insightful and observative he is, while also providing care for his son he knows is hurting. This scene hits the audience at an already rough point of the film, but it is vital.

Overall, I can only hope I did this movie the justice I feel it deserves. Call Me By Your Name has been such a great addition to cinema, and has phenomenal acting. Like writing aside, the actors/actresses serve.

What’s not to love about this movie? I invite you to go take a trip to Italy through the film and see for yourself (possibly again) what I’ve been geeking over for an entire blog post. You might just have a good time 🙂