So, since I’ve done the MCU characters series, I’ve kinda run out of ideas for a blog. So, I thought I’d just do one on some current reads. It’s not really like a book recommendation but, of course, if any of these strike as something that you might want to read, by all means. But here are a couple of them and I might end up making this another series for every time I start on a new book, but I’m not really sure just yet.

But, moving on, here are are two books I am reading as of right now, hope you enjoy:) 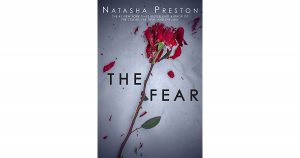 This the one that I have been carrying with me to class. If you’re familiar with this author, or can just tell by the title, this is a mystery/thriller. Basically what this book is about so far is that there is a viral meme going on in this very small town that’s asking viewers what their worst fear of dying is and it’s gotten lots of reposts with people’s answers. One night, the main character Izzy and her friends went to a party and when they were on their way home, they found a student dead on the side of the road. When they were later questioned by police, they found out another student had died. Later they discovered that both students had died the same way they had feared the most. One had reposted the meme saying her worst fear is being crushed and the other reposted that his is drowning.

Where I’m at in the story right now is when Izzy decides she’s going to find out who is responsible. What do I expect from this book? Heartbreak, that’s what. To try to save myself from, I don’t trust any character in here, especially any upcoming love interest. In Natasha’s books, there is usually 1 of 2 things that happens to them. Either they are the bad guy or they die/ in immediate danger and that’s where the book ends. There is no in between. So, I’m not rooting for any ship.

I love Natasha Preston as writer, she’s a really great author, but it’s almost as if her life goal is to break as many readers’ hearts as possible. Almost all her books end with a very intense cliffhanger.

Jenny Elder Moke’s The Curse of the Specter Queen 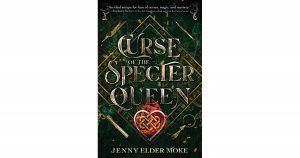 Okay, I’m not as far into this one as the other one, but basically it’s a female Indiana Jones so it’s an adventure/fantasy. The main character is Samantha who is a librarian at an antique bookstore with a specialty in deciphering codes. One day, she gets a package that contains a very old journal in terrible condition. Because it is set during the winter time, it was mostly wet due to the snow. After she repairs it, she sees that it’s full of cyphers and decides to take it to her boss at his house, but he wasn’t there so she kept with her. When she gets back, she finds that two men broke into the bookstore, looking for that same journal. In desperation of not wanting her to go to the police, the two men set the store on fire, and she barely makes it out alive still carrying the journal. Fast forward to couple hours later, she, her best friend, and her best friend’s brother set off to not only get away from the two men looking for the journal but also find what’s so special about that was worth attempting to kill someone over. And that’s pretty much where I’m at in the book, that was within the first ten chapters of it.

Well, I hope you found these interesting, and these are some things you’d like to read, I recommend them and I found them both at Walmart. That’s usually where I buy my books.