Hello everyone, and welcome back to my blog! Currently, I have watched the new Batman movie twice in theaters and three times on HBO Max. The hyper-fixation is still alive and breathing, so I figured I could make one more blog about something pertaining to Batman. Now, I am gonna go through some of the most popular Batman villains, and I will reveal my favorite portrayal of them, whether it be cinema, video game, or comic.

1. The Clown Prince of Crime (The Joker) 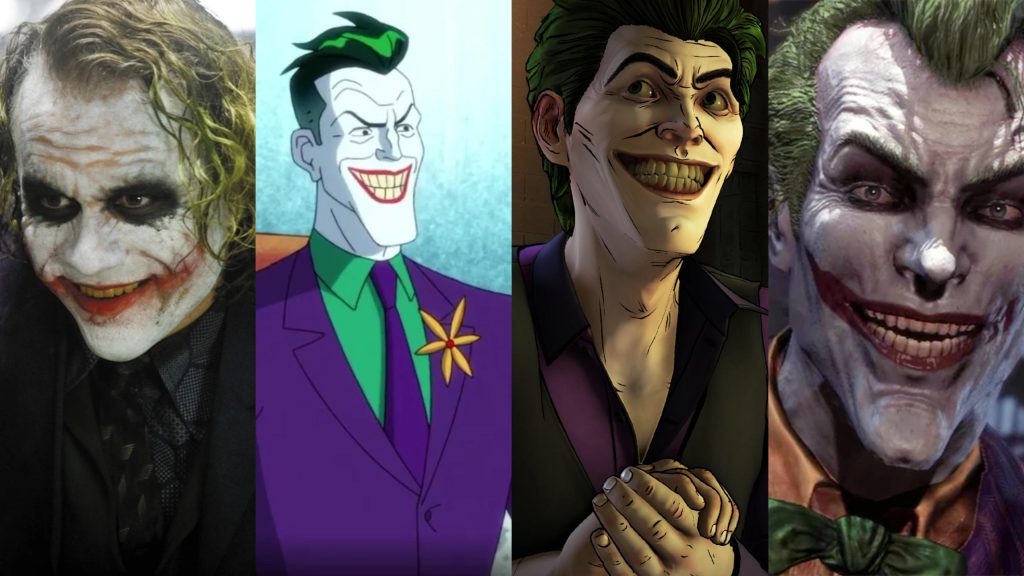 There are so many AMAZING portrayals of him, so I am just gonna put out my top four in a quick picture (in order of which I speak of them). Heath ledger was absolutely amazing and really embodied the character and characteristics of the Joker. The Joker from the HBO Max series Harley Quinn really embraces the comedic part of him as well as exposing the abusive aspect of his and Harley’s relationship. John Doe (Joker) from The Batman TellTale games really was fantastic. The game forces you to make choices that can be really hard, especially when you meet the Joker before he was the Joker, and personally, I had a strong urge to try and save him. He was just an excellent character overall. Finally, The Joker from the Arkham games was my top all-around Joker. He had everything, really. He was devastatingly cruel and funny at times, and the laugh was 100% accurate to what I always imagined it to be. His character design was also one of my favorites. 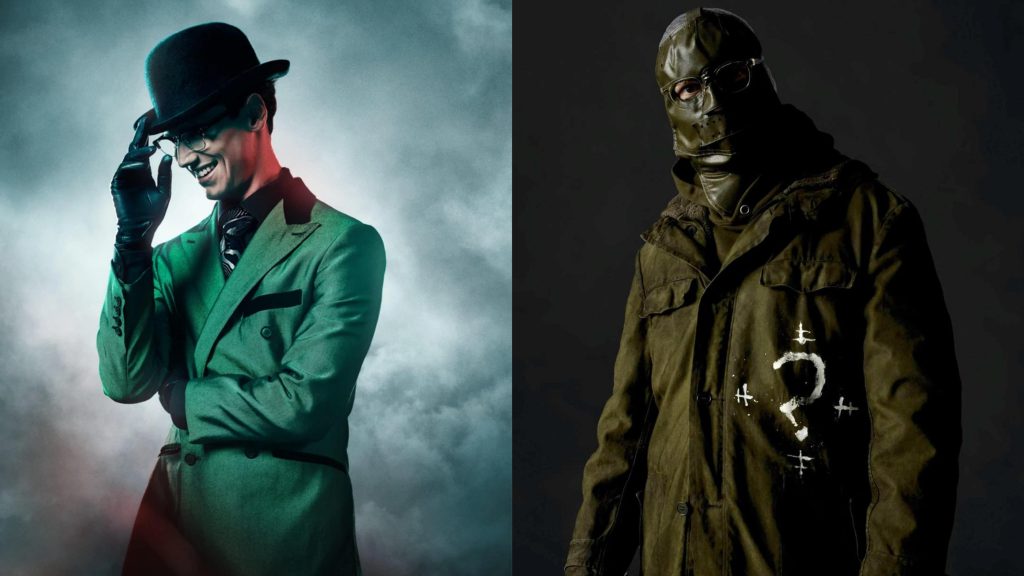 I’m very biased about my Riddler picks because these two always serve. The thing I loved the most about the Riddler in Gotham was that they didn’t just give us a backstory for him, they really showed us his emergence into villainy, and I really appreciated that. He also looks like the Riddler from the comics, tall, skinny, with dark hair and glasses. How he acts as the Riddler and Edward Nygma (his real identity) shows an impeccable balance of insanity with immense intelligence. On the other hand, Paul Dano’s Riddler from The Batman gave us a unique and much more physically brutal Riddler with a gripping motive. They also changed up the Riddler’s iconic costume, and honestly, I think it made him even more terrifying. Underneath the mask, we have Edward Nashton, which was the one thing I didn’t like. They changed his last name from E. Nygma to E. Nashton. In the comic book, his last name represents the word enigma, which is defined as a person or thing that is mysterious, puzzling, or difficult to understand. 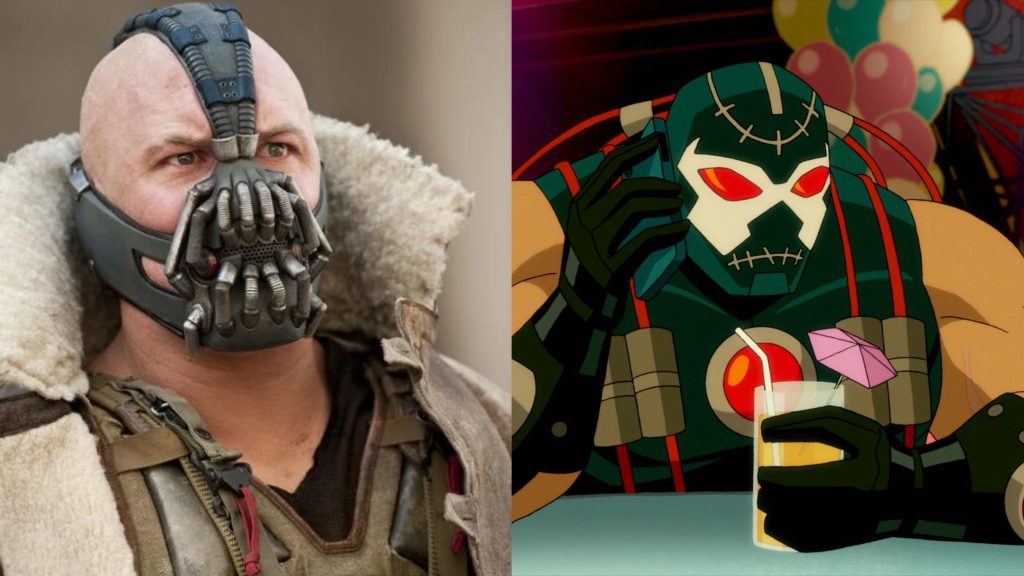 These two are absolutely the best and total opposites. First, we have the terrorist Bane from The Dark Knight Rises, who was “born in the darkness,” you might say. I really appreciated his portrayal because of his uniqueness of it. His mask was different, his backstory was different, and his relations with other villains were an interesting twist that I will not spoil. On the other hand, we have the (literal) most giant baby in the legion of doom: Bane from the HBO Max series Harley Quinn. I can’t even explain how fun he is to watch. He doesn’t have as much screen time as others, but somehow he still became my favorite character. I would like to also note that this Bane imitates Bane from The Dark Knight Rises‘s voice, and it’s so funny to me. The first time I knew I was gonna like his character was when at dinner. Bane was hurt when Joker stole his dinner, not liking his own. He got so pouty, and it just made me giggle. 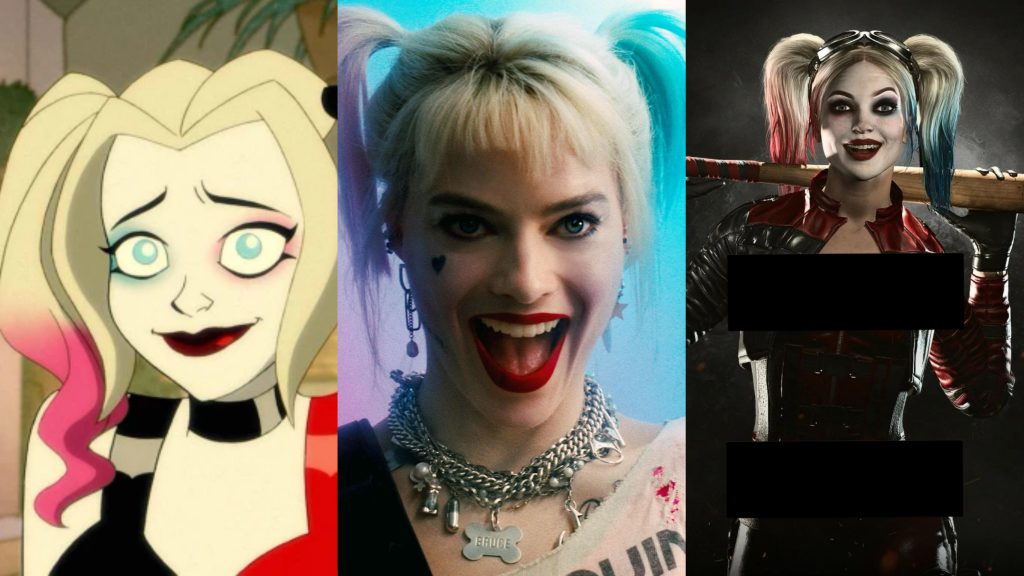 THE girl boss herself: Harley Quinn. There’s one reason why I love these portrayals, and they all have it in common. They all break away from the Joker and create their own path and choices. For example, Harley Quinn from the Harley Quinn series on HBO goes through tremendous character development to finally realize that she is better on her own. Feminist queen. The first two Harleys up there both stick to villainy after the breakup, but the last one from Injustice joins Batman and helps him save the world many times. 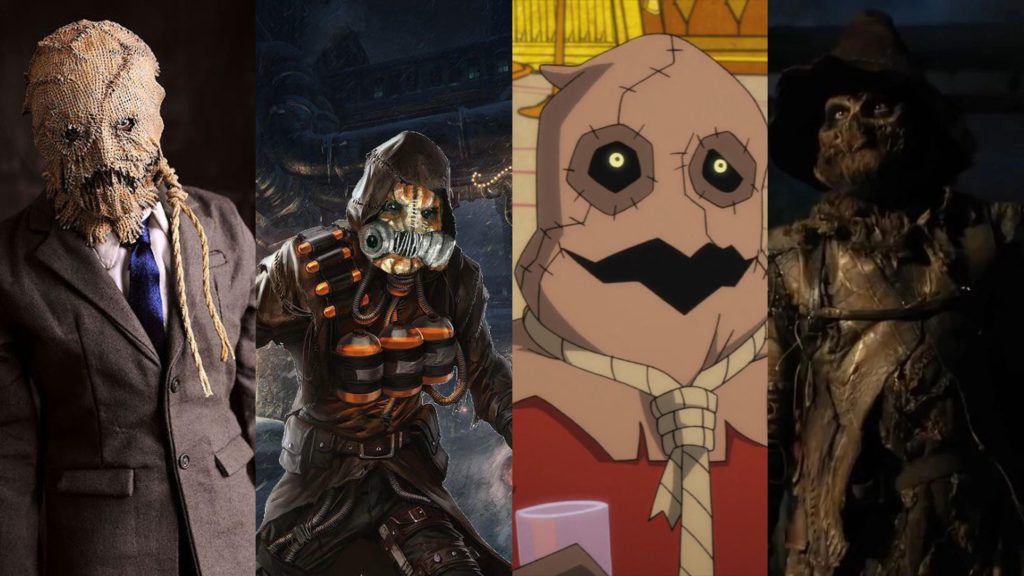 Scarecrow has always been one of the most interesting villains to me, and that is purely based on his villainy tactics. Scarecrow uses a fear toxin in the form of injections or gas. The toxin makes the victim hallucinate their worst fear and can lead them to heart attack or shock, making Scarecrow’s business go smoothly. So lets through these guys. Number one over there is from Batman Begins, and I think he did a fantastic job, and it was definitely different from what I had seen before. He’s also one of the only Scarecrows to take the mask on and off, and surprisingly I like him more without the mask; if you know what I mean wink wink. The next one is from the Arkham games, and he is up there based purely on performance and plot. His whole plan in the games was incredible, so I’m not spoiling it! Next up is from Harley Quinn again. I love this one a lot because he’s so goofy. He also has a British accent, and that just sold me. Lastly, we have the Scarecrow from Gotham. I think that he’s super cool because of the way they gave him a background and created a fantastic version of the hallucinations.

That’s all for this week! Thank you all for reading and I will see you again soon! <3

2 thoughts on “My favorite portrayal of each Batman villain!”