greetings, all. i come to you this week with a blog for which inspiration struck me super randomly. i was thinking about jane austen, as i often do, and admiring her heroes, as i often do. my mind drifted to colonel brandon and mr. darcy, and i thought of them fondly. this, of course, led me to think of the heroines– elinor, elizabeth, marianne, and emma, to name a few. i thought about how beautifully austen crafted their stories and how each character contributed to the endings of her stories.

these ruminations led me to think of something less pleasant– austen’s villains. the first to come to my mind was the one i believe to be the most lecherous and vile–willoughby from my personal favorite austen work, sense and sensibility. even typing his name makes me cringe. i have this visceral hatred for that character, and i found myself wondering why. at first, of course, i attributed it to my love for marianne dashwood and the wrong he had done to her. i’m supposed to hate him, i thought, he is, after all, a villain. however, my brain chose to do what it always does–linger on things of little or no importance. i started to question myself about this character of willoughby and why my disdain for him is so potent.

that’s when i realized it–i hate willoughby because i know willoughby. i know exactly the type of character he is and how his mind works. in fact, i know people like him in real life. i remember when i first read the book and saw the dramatic film depiction, i thought to myself, marianne is a fool! she’s losing her mind over this guy, and for what? i couldn’t wrap my head around what made her so heartbroken over a seemingly average guy. then, i remembered…i, too, have been “willoughbyd”. i, too, have put my hopes in poetry and dark hair and dreams, and it has caused me suffering, just as it did marianne.

it occured to me that at some point, nearly everyone has experienced some sort of heartache associated with a person who continually lets them down. nearly everyone has a willoughby in their life. that one person that you think the world of, defend always, and devote yourself to blindly. that person who deceives you, humiliates you, maybe even ruins you if you let them.

so, the jane austen method of overcoming this crushing disappointment? don’t let them. don’t let the willoughbys and wickhams of life ruin your hope for the future. instead, look forward to what is ahead. rather than being bogged down by the heartache of your past, learn from it, and move on wisely. maybe there will be a darcy or brandon or ferrars in your future. if not, you will still have the value of your experiences. as the brilliant elinor dashwood would say, “know your own happiness.” 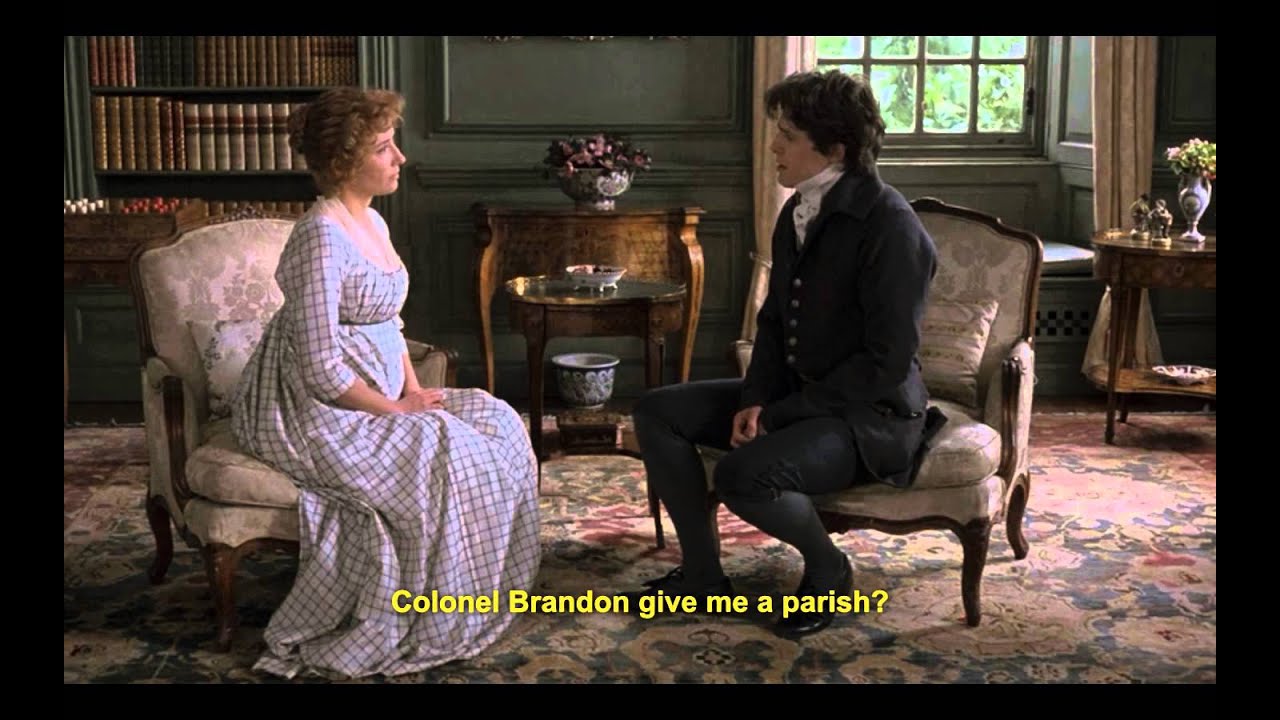 ’til next week, please enjoy this out-of-context sense and sensibility moment that made me chuckle <3