We, yes we, as a society, need disco. The music was moving in a way of literally making you want to get up and move. Limbs stroking the air to the groove of the beats. Disco had catchy beats that weren’t about sadness or moping, but healing people through the art of dance. One popular song is literally titled, “Last Night A D.J. Saved My Life,” by Indeep.

Don’t get me wrong, I love the more contemporary music of today, and sometimes I get in a certain mood and need it. The slower tempo of some hits since disco are great, but really slowed down in tempo. I believe instead of these slower tracks, I think disco could keep me and many others from getting into the mood less often to need the slower tracks.

If the music isn’t enough to convince you, let’s just consider the fashion. My lord was it…everything! Gurl, these disco divas did not disappoint. These outfits are not even to mention the fashion that graced Studio 54. That was a nightclub unlike any other where people could enter on white horses or see all the accepting celebrities from Cher to Liza Minnelli. It was just fabulous. 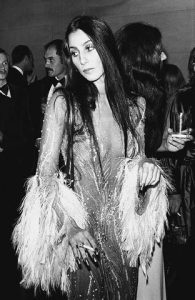 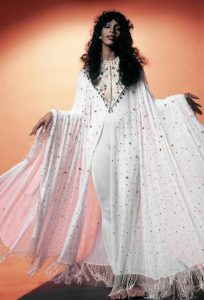 The first picture is Cher. Pictured below her is “Queen of Disco”, Donna Summers.

Disco went even further beyond the music and fashion. You see, disco was fighting for rights in its own way during the 1970s where the dance floor was free to everyone. It focused on celebrating everyone’s differences and uniting through love. This shows the passion for disco went beyond just the music, it was a social movement and a testament in showing that equality could, and still can, be obtained. It was spectacular.

These are some of my favorite disco era bops if you want to check them out. PLEASE keep in mind that music videos were just becoming a thing, so the quality may not compare well to some more contemporary videos. I don’t mind it at all because , to some, not me, what the visuals lack, the music makes up for entirely  😉

The first is “Rough Diamond” by Madleen Kane.

This song really just gives it to me. It is Chaka Khan’s “I’m Every Woman.” Whitney Houston later even did a cover of this song back in 92.

This next song is “Dancing Queen” by ABBA. This one might be more known by people who don’t know much about disco but it still slaps so I thought I’d add it.

This next song has two legends put onto one track to make a conglomerate of both their styles combined to make something so empowering. This is one of my faves of the list because it starts of slow, but then speeds up into disco heaven. They are both singing in the song about how over they are of a man and how they have “had enough.” It’s awesome, and I can only imagine how liberating it must be to dance to this song after a much needed divorce or breaking up from a toxic relationship because I haven’t experienced either yet and already get my life to the song’s energy. Here is “No More Tears (Enough is Enough)” by the immaculate Barbra Streisand and Donna Summer.

Yes, I did avoid mentioning disco’s terrible end because it is irrelevant to bringing disco back. Disco was a source for so many to just express freely without judgement. For so many, disco was life. As was said during the RuPaul disco-mentary, disco never really left, it just changed its name and address. I believe it shouldn’t need to change and can come back from the Witness Protection Program. In today’s climate, I think we could all use the curative powers of disco. ♥

I miss the movies.

Ever since this stinking pandemic, I haven’t been to a theatre since….?

The anticipation of waiting in line to get your ticket.

Will the movie be good? Who knows? Do we care?

Are you even there to watch the movie? Is it just a thing to hang out with someone?

and smelling the butter.

Seeing it drizzle out on the bowl after hearing the popping

of others orders before you get yours.

The tease before roaming the carpets and finding your room.

Seeing the trailers to what I’ll be back for

I miss the movies.

when someone has to leave half way,

There won’t be mention of the talkers

who get shushed because

that would ruin the dream and escape

The movies I miss.

I’m not sure what this blog post is. If you couldn’t tell I just really miss the movies and I don’t even know if that’s like a poem? I just started writing how I felt and then indenting because it felt like separate ideas, and then I got that…so yeah. I forgot to mention about how I put candy in the popcorn bowl just cause sometimes it’s needed. Makes the heart smile. 🙂

Yeahh, I miss the movies…