Hello everyone and welcome back to my blogs! This week we’ll be going into another huge part of my personality and or childhood up-bringing. Pokémon. I can remember playing the games on my DS, collecting cards, stuffed animals, watching the movies, and watching the series too. So, in this blog, I’ll be ranking my favorite characters from the first few seasons/movies and the games. After this I will consider doing my favorite Pokémon if you guys would like that. Anyways, let’s just get started.

Duplica is first seen in episode 37 of Indigo League. She is a Ditto trainer who is also a type of magician in a way? She likes to show off her mimicking tricks since that’s what Ditto does. Her ditto can turn into any Pokémon, but for some reason it cannot figure out the eyes. It always has the same eyes. This is where Ash and his friends come in and try to help after meeting them and fighting with Team Rocket. 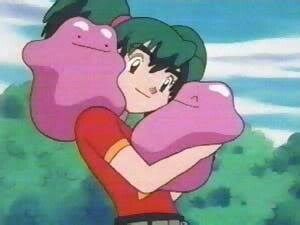 A lot of people don’t like Gary, grandson of Professor Oak. Though he is very cocky and full of himself, I find it funny. It’s enjoyable to see the rivalry between him and Ash. It always gives us something to work for in the show and also adds a comedic aspect with his little posse of cheerleaders that follow him around. 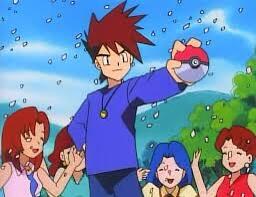 I think that Team Rocket is actually a fan favorite. I find them so funny in a way that you would look at a newborn puppy trying to climb up stairs. They show up in almost every episode and are the main ‘antagonists’ in the series. They also have a talking Meowth that adds another aspect of comedy. They are just so enjoyable to watch. 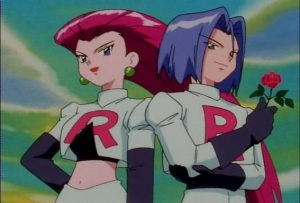 Dawn is the female lead in the Sinnoh region season. I absolutely love dawn. She’s very independent and witty, but also goofy when she fails at something. She is different from Ash in the way that she wants to train Pokémon. Ash wants to be a Pokémon master, and Dawn wants to be a famous pageant winner. Her Piplup (shown in the picture) is also one of my favorite Pokémon of the season because of its personality. It’s very enjoyable to watch. 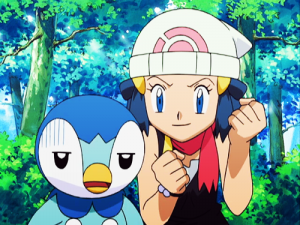 Ash is the main character in all of the seasons. I love him the most in this season because he’s a new trainer and the dynamic and character development between him and his Pikachu. His ambition and the fact that he still has a lot to learn make the show work in my opinion. He is different from other trainers in this way. He has a deep deep love for every Pokémon he owns. My favorite episode is the one where he finds the abandoned Charmander and decides to rescue him. 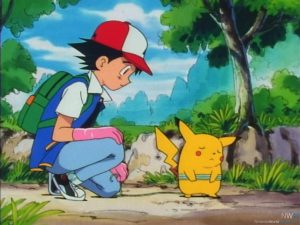 Thank you so much for reading this week! Keep an eye out for next week’s part, it will have more characters from the games too! Make sure to leave a comment and let me know who your favorite Pokémon characters are!

One thought on “My Top Ten Favorite Pokémon Characters. (Part One.)”