I missed out on a lot of things as a child. One of the biggest holes in my childhood was the amount of TV shows I didn’t watch. While other kids my age were being raised on The Suite Life of Zack & Cody and Hannah Montana, I was watching Dora and TLC’s 19 Kids and Counting. So for this week’s blog, I decided watched some of  Nickelodeon’s most popular shows that I didn’t watch when they first aired. 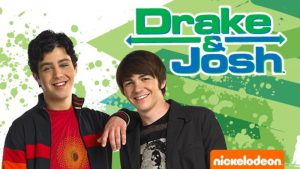 I knew nothing about this show going into the episode. The friend I watched it with explained to me that Drake (left) and Josh (right) were stepbrothers and that was all I needed to know to watch. The episode starts with Drake and Josh getting a model rocket from their grandmother, which that they accidentally shoot into their neighbor’s treehouse. This partially destroys the treehouse and as punishment, Drake and Josh are forced to rebuild the tree. After screwing in the last wall from the inside of the treehouse, the two realize that Drake forgot to cut a whole out for the door, trapping them both inside. They attempt to escape by ramming their bodies into the walls of the treehouse. This eventually knocks the entire treehouse to the ground with both boys inside of it. The episodes ends with them still trapped inside of the toppled treehouse. 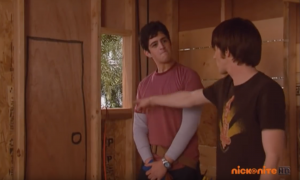 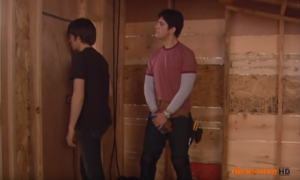 The most shocking thing to me about Drake and Josh was that it actually made me laugh. I’m used to Nickelodeon’s newer content’s comedy, which doesn’t get so much as a chuckle out of anyone. But I laughed out loud several times throughout the episode, which really surprised me. I also like that the episode could stand alone. I had no prior knowledge to anything that took place in past seasons and still enjoyed the episode!

I only have a few criticisms. Josh Peck’s overly exaggerated acting got on my nerves, but I’m going to guess that’s normal for him on the show. The theme song didn’t fit the high energy visuals of the opening, which was disappointing because the theme song for this show gets hyped up a lot. I also couldn’t figure out how Drake and Josh knew how to build a treehouse. Aside from the door situation, the treehouse looked professionally built. But like Drake and Josh are just a couple of teenagers?? And they supposedly built it in just one afternoon??

Overall, I enjoyed it and definitely would watch more. 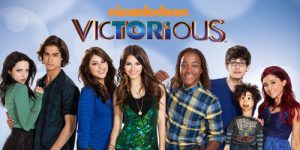 The most I knew about Victorious before watching this episode was that Ariana Grande was on the show. I was was later told that the show was about Tori (middle) and her friends going to an art school in Hollywood. I googled the best Victorious episodes and “Beggin’ On Your Knees” was number two. Tori has to sing a solo or duet in a musical festival for one of her classes. A hot guy in her class, Ryder, asks her out right after they are given this assignment. They hang out at Tori’s house for their date, but it quickly ruined after Trina (first on left) convinces Tori to go through his phone and he catches her. The next day at school, Tori tries to make it up to Ryder but offering to do a duet with him for the music festival and their class. Robbie (second on right) finds out that Ryder is dating Tori only to get a good grade for their class (Ryder had done this multiple times before with other girls). Once Tori learns this, she and Andre (first on right) write a revenge song, which Tori sings to Ryder at the music festival, completely embarrassing him. 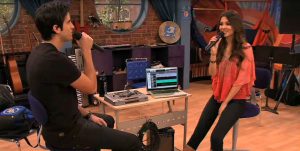 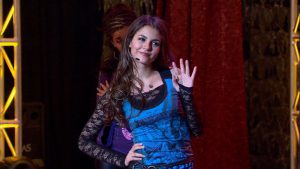 I actually really liked the theme song and Tori’s revenge song. Though not perfect, the show original music was just good enough for me to enjoy. Robbie’s puppet, Rex Powers, managed to make me laugh a few times. He was by far the funniest part of the show.

Honestly, I hated the transitions between each scene of Tori updating her social media status. Cat wasn’t funny and I don’t understand why everyone in Tori’s music class wanted to sing a duet with her (like they were actually fighting over her). I mean, Tori an okay singer, but was it really necessary for the whole class to be fighting over her? And finally, why didn’t Tori know Ryder was playing her if he’d done it so many times before with other girls?

In conclusion, I probably wouldn’t watch Victorious again. It wasn’t extremely funny and the characters weren’t great, especially Tori. The most the show has going for it is the music.